Perm Krai (Russian: Пе́рмский край, tr. Permsky kray; IPA: [ˈpʲɛrmskʲɪj ˈkraj]) is a federal subject of Russia (a krai) that came into existence on December 1, 2005 as a result of the 2004 referendum on the merger of Perm Oblast and Komi-Permyak Autonomous Okrug. The city of Perm is the administrative center. Population: 2,635,276 (2010 Census).[8]

Perm Krai is located in the east of the East European Plain and the western slope of the Middle Ural Mountains. 99.8% of its area is in Europe, 0.2% in Asia. 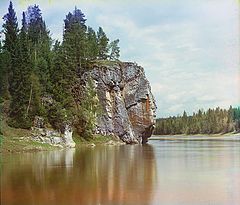 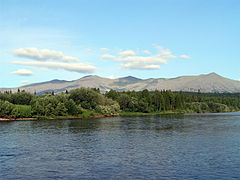 Rivers of Perm Krai belong to the Kama River Basin, the largest tributary of Volga River. There are more than 29,000 rivers in Perm Krai. The total length of all rivers is more than 90,000 kilometres (56,000 mi).

There are also many small rivers, but some of them have historical significance, for example Yegoshikha River, in mouth of which city Perm was founded.

Perm krai has a continental climate. Winters are long and snowy, with average temperatures in January varying from −18 °C (0 °F) in the northeast part of krai to −15 °C (5 °F) in southwest part. The record lowest recorded temperature was −53 °C (−63 °F) (in the north). 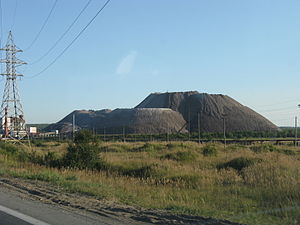 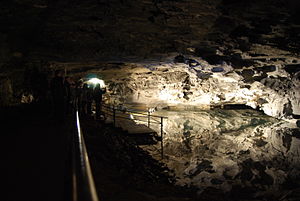 Perm Krai is rich with minerals, that can be explained its diverse relief in mountainous and flat parts. There are produced: oil, natural gas, gold, diamonds, chromites, peat, limestone, building materials and others.[12]

Oil in its area was first discovered in 1929 near settlement Verhnechusovskie Gorodki. Currently there are known more than 180 oil and gas fields. Among them are developed: 89 oil, 2 gas and 18 both oil and gas fields. Most of them are small and extracted in central and southern districts of krai. Northern fields a less developed because of deep lying of oil under salt layers.

Coal has been mined in Perm Krai for more than 200 years. For a long time it played an important role in the fuel and energy balance in the region. Maximum mining was in 1960 and reached 12 million tones, after it mining decrease and there are no exploration of new fields.

In Perm Krai is located Verkhnekamskoye deposit of potassium salts, one of the largest in the world. Its area is approx. 1,800 km² and the thickness of the salt layers reaches 514 m.

Forests cover about 71% of krai's area. Predominant are coniferous forests, percentage of deciduous forests increase from north to south. There are 62 species of mammals, more than 270 species of birds, 39 species of fishes, 6 species of reptile and 9 species of amphibians. 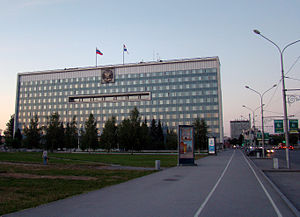 During the Soviet period, the high authority in the oblast was shared between three persons: The first secretary of the Perm CPSU Committee (who in reality had the biggest authority), the chairman of the oblast Soviet (legislative power), and the Chairman of the oblast Executive Committee (executive power). Since 1991, CPSU lost all the power, and the head of the Oblast administration, and eventually the governor was appointed/elected alongside elected regional parliament.

The Charter of Perm Krai is the fundamental law of the region. The Legislative Assembly of Perm Krai is the province's standing legislative (representative) body. The Legislative Assembly exercises its authority by passing laws, resolutions, and other legal acts and by supervising the implementation and observance of the laws and other legal acts passed by it. The highest executive body is the Oblast Government, which includes territorial executive bodies such as district administrations, committees, and commissions that facilitate development and run the day to day matters of the province. The Oblast administration supports the activities of the Governor who is the highest official and acts as guarantor of the observance of the oblast Charter in accordance with the Constitution of Russia. 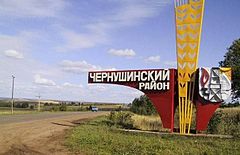 Administratively, the krai is divided into thirty-three districts, fourteen cities of krai significance, and one closed administrative-territorial formation. Six administrative districts are grouped into Komi-Permyak Okrug, which is an administrative unit with special status formed within Perm Krai as a result of the 2005 merger of Perm Oblast and Komi-Permyak Autonomous Okrug, both of which used to be the federal subjects.

In engineering plays an important role military production. The largest center of engineering is Perm; manufactured aircraft and rocket engines, oil field and mining equipment, Petrol motive-powered saws, communication equipment, vessels, cable and other products. The largest enterprises are Motovilikha Plants and Perm Motors. Timber Complex edge based on the use of the richest forest resources of Prikamye. Logging facilities are located mainly in the north of the region. 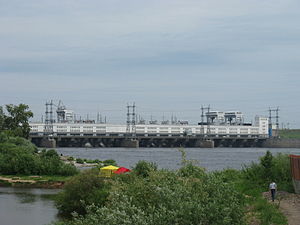 There are about 40,740 Bashkirs is Perm Krai, according to the 2002 Census. Most of them live in Bardymsky District, in basin of Tulva River and belong to tribe gaina.

Tatars live in almost all settlements of Perm Krai. There are several different ethnographical groups of Tatar people. In this territory for long time was active contacts between Tatars and Bashkins, so in some cases it’s difficult to delineate this ethnic groups, especially in such areas as Kuyedinsky District and Tulva River basin.[16][17]

Death rates in some of the remote and rural areas in Perm Krai are very high, never seen before during times other than major wars or natural calamities. Just five districts out of a total of 47 have a surplus of births over death in Perm Krai. The birth rate in Perm Krai is much higher compared to other European regions. For example, the birth rate for Germany was 8.3 per 1000 in 2007. Perm as a whole is having 50% higher birth rate, and even the district with the lowest birth rate is having 20% higher BR compared to Germany. In 2008, the birth rate in Perm Krai was 8% higher than that of 2007. Close to 35.5 thousand births were recorded with the heaviest increases in City of Perm (+11%) and Komi-Permyak Autonomous Okrug (+18%). Among the districts, Kudymkar City recorded a 46% rise in birth rates for 2008 compared to 2007, while Usolsky recorded a 31% rise and Kyshertsky recorded a 29% rise. In 13 of the districts, there were more births than deaths, among them Ordynsky, Karagaysky, Kudimkar, Chernushynsky, Chaykovsky & Permsky.[19]

As of a 2012 official survey[22] 43% of the population of Perm Krai adheres to the Russian Orthodox Church, 5% declares to be generically unaffiliated Christian, 4% are Muslims, 2% are Rodnovers (Slavic folk religion), 1% are Old Believers, 1% Orthodox Christian believers who don't belong to churches or are members of non-Russian Orthodox churches, 8% follows other religion or did not give an answer to the survey. In addition, 24% of the population declares to be "spiritual but not religious" and 14% to be atheist.[22] 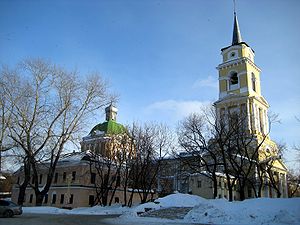 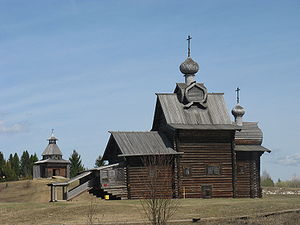 Numerous architectural monuments are located in the small town of Usolye, in north of Perm Krai. Particularly important are the Saviour Cathedral, with a separate bell tower, and House of Stroganov.

There are many temples and convents in Perm Krai. The most significant of them are: Belogorsky Convent located in 85 km from Perm, Sludskaya Church, Fedosievskaya Church, Perm Mosque and others.

Ordinsky is home to the Orda underwater caves. Located near Orda village in Perm region, Ural, Orda Cave is also the biggest underwater gypsum crystal cave in the world.