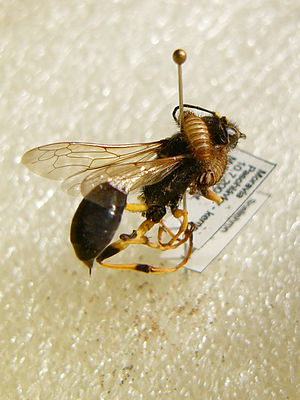 A pest is "a plant or animal detrimental to humans or human concerns (as agriculture or livestock production)";[1] alternative meanings include organisms that cause nuisance and epidemic disease associated with high mortality (specifically: plague). In its broadest sense, a pest is a competitor of humanity.[2]

Usage of the term

A pest is any living organism which is invasive or prolific, detrimental, troublesome, noxious, destructive, a nuisance to either plants or animals, human or human concerns, livestock, human structures, wild ecosystems etc. It is a loosely defined term, often overlapping with the related terms vermin, weed, plant and animal parasites and pathogens. It is possible for an organism to be a pest in one setting but beneficial, domesticated or acceptable in another.

Often animals are derided as pests as they cause damage to agriculture by feeding on crops or parasitising livestock, such as codling moth on apples, or boll weevil on cotton. An animal could also be a pest when it causes damage to a wild ecosystem or carries germs within human habitats. Examples of these include those organisms which vector human disease, such as rats and fleas which carry the plague disease, mosquitoes which vector malaria, and ticks which carry Lyme disease.

The term pest may be used to refer specifically to harmful animals but is also often taken to mean all harmful organisms including weeds, plant pathogenic fungi and viruses. Pesticides are chemicals and other agents (e.g. beneficial micro-organisms) that are used to control or protect other organisms from pests. The related term vermin has much overlap with pest, but generally only includes those creatures that are seen to be vectors of diseases.

It is possible for an animal to be a pest in one setting but beneficial or domesticated in another (for example, European rabbits introduced to Australia caused ecological damage beyond the scale they inflicted in their natural habitat). Many weeds are also seen as useful under certain conditions, for instance Patterson's curse is often valued as food for honeybees and as a wildflower, even though it can poison livestock.

The greatest importance as pests (in the order of economic importance) are insects, mites, nematodes and gastropods.[3]

The term "plant pest" has a very specific definition in terms of the International Plant Protection Convention and phytosanitary measures worldwide. A pest is any species, strain or biotype of plant, animal, or pathogenic agent injurious to plants or plant products.[4]

Thus in contrast, to the single term "pest", in composite terms, e.g. "plant pest", "agricultural pest" "livestock pest", the emphasis is always on the organisms or ecosystems infested and affected. This distinction is followed below. 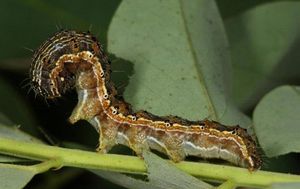 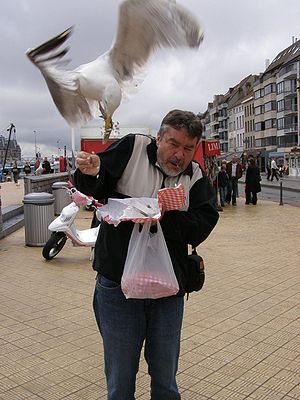 Classification by harmed organisms or ecosystems