From Infogalactic: the planetary knowledge core
Jump to: navigation, search
For other uses, see Philistines (disambiguation). 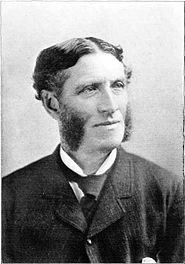 The poet and cultural critic Matthew Arnold adapted and applied the word philistine to denote anti-intellectualism.

In the fields of philosophy and æsthetics, the term philistinism describes the social attitude of anti-intellectualism that undervalues and despises art, beauty, spirituality, and intellect; "the manners, habits, and character, or mode of thinking of a philistine".[1] A philistine person is an individual who is smugly narrow of mind and of conventional morality whose materialistic views and tastes indicate a lack of and indifference to cultural and æsthetic values.[2]

Since the 19th century, the contemporary denotation of philistinism, as the behaviour of ‘ignorant, ill-behaved persons lacking in culture or artistic appreciation, and only concerned with materialistic values’ derives from Matthew Arnold’s adaptation to English of the German word Philister — as applied by university students in their antagonistic relations with the townspeople of Jena, Germany, where, in 1689, a row resulted in several deaths. In the aftermath, the university cleric addressed the town-vs-gown matter with an admonishing sermon ‘The Philistines be upon thee’, drawn from the Book of Judges (Chapter 16, ‘Samson vs the Philistines’), of the Tanakh and of the Christian Old Testament.[3]

In English, as a descriptor of anti-intellectualism, the term philistine — a person deficient in the culture of the Liberal Arts — was common British usage by the decade of 1820, which described the bourgeois, merchant middle class of the Victorian Era (1837–1901), whose wealth rendered them indifferent to culture. In Culture and Anarchy: An Essay in Political and Social Criticism (1869), Matthew Arnold said:

Now, the use of culture is that it helps us, by means of its spiritual standard of perfection, to regard wealth as but machinery, and not only to say as a matter of words that we regard wealth as but machinery, but really to perceive and feel that it is so. If it were not for this purging effect wrought upon our minds by culture, the whole world, the future, as well as the present, would inevitably belong to the Philistines. The people who believe most that our greatness and welfare are proved by our being very rich, and who most give their lives and thoughts to becoming rich, are just the people whom we call the Philistines. Culture say: “Consider these people, then, their way of life, their habits, their manners, the very tones of their voices; look at them attentively; observe the literature they read, the things which give them pleasure, the words which come forth out of their mouths, the thoughts which make the furniture of their minds; would any amount of wealth be worth having with the condition that one was to become just like these people by having it?” 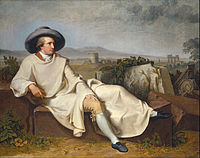 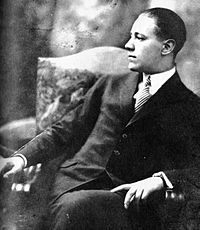 The novelist Ödön von Horváth chronicled the coarseness of affect that limited the worldview of the bourgeoisie. (ca. 1919) 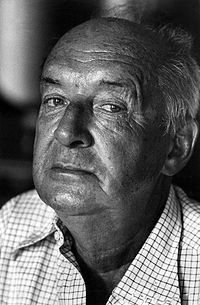 Vladimir Nabokov described the natures of philistinism and of the philistine.

The denotations and connotations of the terms philistinism and philistine have evolved to consistently describe the uncouth person who is hostile to art, culture, and the life of the mind, who, in their stead, prefers the life of economic materialism and conspicuous consumption as paramount human activities.

Whilst involved in a lawsuit, the writer and poet Jonathan Swift (1667–1745), in the slang of his time, described a gruff bailiff as a philistine, someone who is considered a merciless enemy.[1]

What is a philistine? A hollow gut, full of fear and hope that God will have mercy!

Goethe further described such men and women, by noting that:

. . . the Philistine not only ignores all conditions of life which are not his own, but also demands that the rest of mankind should fashion its mode of existence after his own.

In the comedy of manners play, The Rivals (1775), Richard Brinsley Sheridan (1751–1816) identifies a violent aristocrat as ‘that bloodthirsty Philistine, Sir Lucius O’Trigger’.

The philosopher Friedrich Nietzsche (1844–1900) identified the philistine as a person who, for a lack of true unity, could only define style in the negative.

A full-grown person whose interests are of a material and commonplace nature, and whose mentality is formed of the stock ideas and conventional ideals of his or her group and time. I have said “full-grown” person because the child or the adolescent who may look like a small philistine is only a small parrot mimicking the ways of confirmed vulgarians, and it is easier to be a parrot than to be a white heron. “Vulgarian” is more or less synonymous with “philistine”: the stress in a vulgarian is not so much on the conventionalism of a philistine, as on the vulgarity of some of his conventional notions. I may also use the terms “genteel” and “bourgeois”. Genteel implies the lace-curtain refined vulgarity, which is worse than simple coarseness. To burp in company may be rude, but to say “excuse me” after a burp is genteel, and thus worse than vulgar. The term bourgeois I use following Flaubert, not Marx. Bourgeois, in Flaubert’s sense, is a state of mind, not a state of pocket. A bourgeois is a smug philistine, a dignified vulgarian . . . generally speaking, philistinism presupposes a certain advanced state of civilization, where, throughout the ages, certain traditions have accumulated in a heap and have started to stink.[5]