Not to be confused with Classical theism, sometimes also called "philosophical theism". 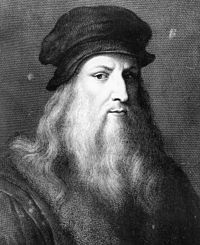 O you who look on this our machine, do not be sad that with others you are fated to die, but rejoice that our Creator has endowed us with such an excellent instrument as the intellect.
File:1925 kurt gödel.png
Kurt Gödel, the eminent mathematical logician, composed a formal argument for God's existence.

Philosophical theism is the belief that a deity exists (or must exist) independent of the teaching or revelation of any particular religion.[1] It represents belief in a personal God entirely without doctrine. Some philosophical theists are persuaded of a god's existence by philosophical arguments, while others consider themselves to have a religious faith that need not be, or could not be, supported by rational argument.

Philosophical theism conceives of nature as the result of purposive activity and so as an intelligible system open to human understanding, although possibly never completely understandable. It implies the belief that nature is ordered according to some sort of consistent plan and manifests a single purpose or intention, however incomprehensible or inexplicable. However, philosophical theists do not endorse or adhere to the theology or doctrines of any organized religion or church. They may accept arguments or observations about the existence of a god advanced by theologians working in some religious tradition, but reject the tradition itself. (For example, a philosophical theist might believe certain Christian arguments about God while nevertheless rejecting Christianity.)