Philosophical discussion of questions relating to technology (or its Greek ancestor techne) dates back to the very dawn of Western philosophy.[1] The phrase "philosophy of technology" was first used in the late 19th century by German-born philosopher and geographer Ernst Kapp, who published a book titled "Grundlinien einer Philosophie der Technik".[2][3]

The western term 'technology' comes from the Greek term techne (τέχνη) (art, or craft knowledge) and philosophical views on technology can be traced to the very roots of Western philosophy. A common theme in the Greek view of techne is that it arises as an imitation of nature (for example, weaving developed out of watching spiders). Greek philosophers such as Heraclitus and Democritus endorsed this view.[1] In his Physics Aristotle agreed that this imitation was often the case, but also argued that techne can go beyond nature and complete "what nature cannot bring to a finish."[4] Aristotle also argued that nature (physis) and techne are ontologically distinct because natural things have an inner principle of generation and motion, as well as an inner teleological final cause. While techne is shaped by an outside cause and an outside telos (goal or end) which shapes it.[5] Natural things strive for some end and reproduce themselves, while techne does not. In Plato's Timaeus, the world is depicted as being the work of a divine craftsman (Demiurge) who created the world in accordance with eternal forms as an artisan makes things using blueprints. Moreover, Plato argues in the Laws, that what a craftsman does is imitate this divine craftsman. Greek craftsmen also became wealthy and often attracted women and men alike. 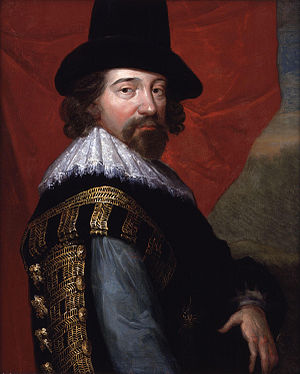 During the period of the Roman empire and late antiquity authors produced practical works such as Vitruvius' De Architectura (1st century BC) and Agricola's De Re Metallica (1556). Medieval Scholastic philosophy generally upheld the traditional view of technology as imitation of nature. During the Renaissance, Francis Bacon became one of the first modern authors to reflect on the impact of technology on society. In his utopian work New Atlantis (1627), Bacon put forth an optimistic worldview in which a fictional institution (Salomon's House) uses natural philosophy and technology to extend man's power over nature - for the betterment of society, through works which improve living conditions. The goal of this fictional foundation is "...the knowledge of causes, and secret motions of things; and the enlarging of the bounds of human empire, to the effecting of all things possible".[citation needed]

The native German philosopher and geographer Ernst Kapp, who was based in Texas, published the fundamental book "Grundlinien einer Philosophie der Technik" in 1877.[3] Kapp was deeply inspired by the philosophy of Hegel and regarded technique as a projection of human organs. In the European context, Kapp is referred to as the founder of the philosophy of technology. Another, more materialistic position on technology which became very influential in the 20th-century philosophy of technology was centered on the ideas of Benjamin Franklin and Karl Marx.[citation needed]

Five prominent 20th-century philosophers to directly address the effects of modern technology on humanity were John Dewey, Martin Heidegger, Herbert Marcuse, Günther Anders and Hannah Arendt. They all saw technology as central to modern life, although Heidegger, Anders,[6] Arendt[7] and Marcuse were more ambivalent and critical than Dewey. The problem for Heidegger was the hidden nature of technology's essence, Gestell or Enframing which posed for humans what he called its greatest danger and thus its greatest possibility. Heidegger's major work on technology is found in The Question Concerning Technology.

While a number of important individual works were published in the second half of the twentieth century, Paul Durbin has identified two books published at the turn of the century as marking the development of the philosophy of technology as an academic subdiscipline with canonical texts.[8] Those were Technology and the Good Life (2000), edited by Eric Higgs, Andrew Light, and David Strong and American Philosophy of Technology (2001) by Hans Achterhuis.

With improvements in technology comes progress and a great concern over its shadowing effect on society. Lelia Green uses recent gun massacres such as the Port Arthur Massacre and the Dunblane Massacre to bring out the concepts of technological determinism and social determinism. Technological determinism argues that "it was features of technology that determined its use and the role of a progressive society was to adapt to [and benefit from] technological change."[9] The alternative perspective would be social determinism which looks upon society being at fault for the "development and deployment"[10] of technologies. Reactions to the gun massacres were different in various regions. Tasmanian authorities made gun laws even stricter than before, while there was a demand in the US for the advocacy of fire arms. And here lies the split, both in opinion and in social dimension. According to Green, a technology can be thought of as a neutral entity only when the sociocultural context and issues circulating the specific technology are removed. It will be then visible to us that there lies a relationship of social groups and power provided through the possession of technologies.