Works about the philosophy of war 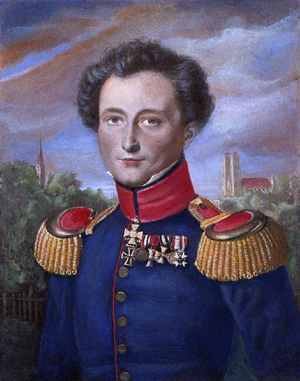 Perhaps the greatest and most influential work in the philosophy of war is On War by Carl von Clausewitz. It combines observations on strategy with questions about human nature and the purpose of war. Clausewitz especially examines the teleology of war: whether war is a means to an end outside itself or whether it can be an end in itself. He concludes that the latter cannot be so, and that war is "politics by different means"; i.e. that war must not exist only for its own sake. It must serve some purpose for the state.

Leo Tolstoy's novel War and Peace contains frequent philosophical digressions on the philosophy of war (and broader metaphysical speculations derived from Christianity and from Tolstoy's observations of the Napoleonic Wars). It was influential on later thought about war. Tolstoy's Christian-centered philosophy of war (especially his essays "A Letter to a Hindu" and "The Kingdom of God is Within You") was a direct influence on Gandhi's Hinduism-centered non-violent resistance philosophy.

While Sun Tzu's The Art of War, focusses mostly on weaponry and strategy instead of philosophy, his observations are often broadened into a philosophy applied in situations extending well beyond war itself (see the main Wikipedia article on The Art of War for a discussion of the application of Sun Tzu's philosophy to areas other than war). Parts of Niccolò Machiavelli's masterpiece The Prince (as well as Discourses) and parts of his own work titled The Art of War discuss some philosophical points relating to war, though neither book could be said to be a work in the philosophy of war.

Since the philosophy of war is often treated as a subset of another branch of philosophy (for example, political philosophy or the philosophy of law) it would be difficult to define any clear-cut schools of thought in the same sense that, e.g., Existentialism or Objectivism can be described as distinct movements. The Stanford Encyclopedia of Philosophy refers to Carl von Clausewitz is "the only (so-called) philosopher of war", implying that he is the only (major) philosophical writer who develops a philosophical system focusing exclusively on war. However, discernible traditions of thought on war have developed over time, so that some writers have been able to distinguish broad categories (if somewhat loosely).

Anatol Rapoport's introduction to his edition of the J. J. Graham translation of Clausewitz's On War identifies three main teleological traditions in the philosophy of war: the cataclysmic, the eschatological, and the political. (On War, Rapoport's introduction, 13). These are not the only possible teleological philosophies of war, but only three of the most common. As Rapoport says,

These do not, of course, exhaust the views of war prevailing at different times and at different places. For example, war has at times been viewed as a pastime or an adventure, as the only proper occupation for a nobleman, as an affair of honor (for example, the days of chivalry), as a ceremony (e.g. among the Aztecs), as an outlet of aggressive instincts or a manifestation of a "death wish", as nature's way of ensuring the survival of the fittest, as an absurdity (e.g. among Eskimos), as a tenacious custom, destined to die out like slavery, and as a crime. (On War, Rapoport's introduction, 17)

He later characterizes the philosophy behind the Vietnam War and other Cold War conflicts as "Neo-Clausewitzian". Rapoport also includes Machiavelli as an early example of the political philosophy of war (On War, Rapoport's introduction, 13). Decades after his essay, the War on Terrorism and the Iraq War begun by the United States under President George W. Bush in 2001 and 2003 have often been justified under the doctrine of preemption, a political motivation stating that the United States must use war to prevent further attacks such as the September 11, 2001 attacks.

Another possible system for categorizing different schools of thought on war can be found in the Stanford Encyclopedia of Philosophy (see external links, below), based on ethics. The SEP describes three major divisions in the ethics of war: the Realist, the Pacifist, and the Just War Theory. In a nutshell: