From Infogalactic: the planetary knowledge core
Jump to: navigation, search
Visualization of the ice and snow covering Earth's north and south polar regions

The polar regions of Earth, also known as Earth's frigid zones, are the regions of Earth surrounding its geographical poles (the North and South Poles). These regions are dominated by Earth's polar ice caps, the northern resting on the Arctic Ocean and the southern on the continent of Antarctica.

The two polar regions are distinguished from the other two climatic and biomatic belts of Earth, a tropics belt near the equator, and two middle latitude regions located between the tropics and polar regions.

Polar regions receive less intense solar radiation than the other parts of Earth because the sun's energy arrives at an oblique angle, spreading over a larger area, and also travels a longer distance through the Earth's atmosphere in which it may be absorbed, scattered or reflected, which is the same thing that causes winters to be colder than the rest of the year in temperate areas.

The axial tilt of the Earth has a major effect on climate of the polar regions. Since the polar regions are the farthest from the equator, they receive the least amount of sunlight and are therefore frigid. The large amount of ice and snow also reflects a large part of what little sunlight the Polar regions receive, contributing to the cold. Polar regions are characterized by the polar climate, extremely cold temperatures, heavy glaciation wherever there is sufficient precipitation to form permanent ice, and extreme variations in daylight hours, with twenty-four hours of daylight in summer, and complete darkness at mid-winter. 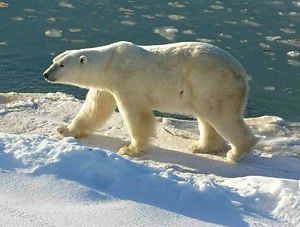 There are many settlements in Earth's north polar region. Countries with claims to Arctic regions are: the United States (Alaska), Canada, Denmark (Greenland), Norway, Finland, Sweden, Iceland, and Russia. Arctic circumpolar populations often share more in common with each other than with other populations within their national boundaries. As such, the northern polar region is diverse in human settlements and cultures.

Antarctica and the Southern sea 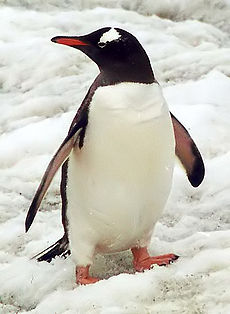 The southern polar region has no permanent human habitation. McMurdo Station is the largest research station in Antarctica, run by the United States. Other notable stations include Palmer Station and Amundsen–Scott South Pole Station (United States), Esperanza Base and Marambio Base (Argentina), Scott Base (New Zealand), and Vostok Station (Russia).

While there are no indigenous human cultures, there is a complex ecosystem, especially along Antarctica's coastal zones. Coastal upwelling provides abundant nutrients which feeds krill, a type of marine crustacea, which in turn feeds a complex of living creatures from penguins to blue whales.

Other planets and natural satellites in the solar system have interesting quirks about their polar regions. Earth's Moon is thought to contain substantial deposits of ice in deep craters in its polar regions, which never see direct sunlight. Mars, like Earth, has polar ice caps. Meanwhile, on Uranus, the extreme tilt of the planet's axis leads to the poles alternately pointing almost directly at the Sun.