Template:/box-header The Adventures of Tintin (French: Les Aventures de Tintin) is a series of Belgian comic books created by Belgian artist Hergé, the pen name of Georges Remi (1907–1983). Remi's pen name Hergé came from transposing his initials "R-G", which sounds like "Hergé" in French). The series first appeared in French in a children's supplement to the Belgian newspaper Le Vingtième Siècle on January 10, 1929. Set in a painstakingly researched world closely mirroring our own, The Adventures of Tintin presents a number of characters in distinctive settings. The series has continued as a favourite of readers and critics alike for over 70 years.

The hero of the series is the eponymous character, Tintin, a young Belgian reporter and traveller. He is aided in his adventures from the beginning by his faithful dog Snowy (Milou in French). Later, popular additions to the cast included Captain Haddock and other colourful supporting characters.

The success of the series saw the serialised strips collected into a series of albums (23 in all), spun into a successful magazine and adapted for both film and theatre. The series is one of the most popular European comics of the 20th century, with translations published in over 50 languages and more than 200 million copies of the books sold to date. 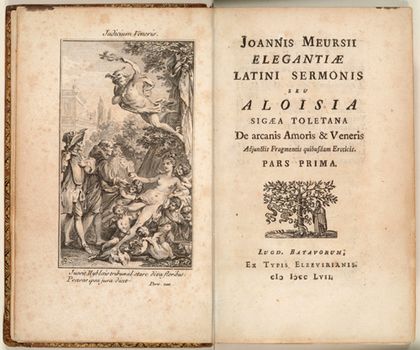 Jean-Baptiste Poquelin, also known by his stage name, Molière (January 15, 1622 – February 17, 1673) was a French playwright and actor who is considered one of the greatest masters of comedy in Western literature. Among Molière's best-known dramas are Le Misanthrope, (The Misanthrope), L'École des femmes (The School for Wives), Tartuffe ou l'Imposteur, (Tartuffe or the Hypocrite), L'Avare ou l'École du mensonge (The Miser), and Le Bourgeois gentilhomme (The Bourgeois Gentleman).

From a prosperous family and having studied at the Jesuit Clermont College (now Lycée Louis-le-Grand), Molière left with a good education to begin a life in the theater. Thirteen years on the road as an actor helped him to polish his comic abilities while he also began writing, combining Commedia dell'Arte elements with the more refined French comedy.

Through the patronage of a few aristocrats including the brother of Louis XIV, Molière procured a command performance before the King at the Louvre. Performing a classic play by Pierre Corneille and a farce of his own, Le Docteur amoureux (The Doctor in Love), Molière was granted the use of Salle du Petit-Bourbon at the Louvre, a spacious room appointed for theatrical performances. Later, Molière was granted the use of the Palais-Royal, in both locations he found success among the Parisians with plays such as Les Précieuses ridicules (The Affected Ladies), L'École des maris (The School for Husbands) and L'École des femmes (The School for Wives). This royal favour brought a royal pension to his troupe and the title "Troupe du Roi" (The King's Troupe). Molière continued as the official author of court entertainments.

Though he received the adulation of the court and Parisians, Molière's satires attracted criticisms from moralists and the Church. Tartuffe ou l'Imposteur (Tartuffe or the Hypocrite) and its attack on religious hypocrisy roundly received condemnations from the Church while Don Juan was banned from performance. Molière's hard work in so many theatrical capacities began to take its toll and by 1667, he had to take a break from the stage. In 1673, during a production of his final play, Le Malade imaginaire (The Imaginary Invalid), Molière, who suffered from pulmonary tuberculosis, was seized by a coughing fit and a haemorhage while playing the hypochondriac Argan. He finished the performance but collapsed again and died a few hours later. In his time in Paris, Molière had completely reformed French comedy. Template:/box-footer