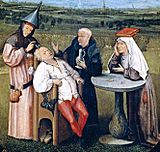 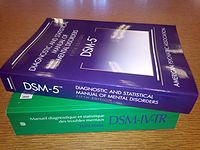 Psychiatry is the medical specialty devoted to the study, diagnosis, treatment, and prevention of mental disorders. These include various affective, behavioural, cognitive and perceptual abnormalities.

Psychiatric assessment typically starts with a mental status examination and the compilation of a case history. Psychological tests and physical examinations may be conducted, including on occasion the use of neuroimaging or other neurophysiological techniques. Mental disorders are diagnosed in accordance with criteria listed in diagnostic manuals such as the widely used Diagnostic and Statistical Manual of Mental Disorders (DSM), published by the American Psychiatric Association, and the International Classification of Diseases (ICD), edited and used by the World Health Organization. The fifth edition of the DSM (DSM-5) was published in 2013, and its development was expected to be of significant interest to many medical fields.

The combined treatment of psychiatric medication and psychotherapy has become the most common mode of psychiatric treatment in current practice, but current practice also includes widely ranging variety of other modalities. Treatment may be delivered on an inpatient or outpatient basis, depending on the severity of functional impairment or on other aspects of the disorder in question. Research and treatment within psychiatry as a whole are conducted on an interdisciplinary basis, sourcing an array of sub-specialties and theoretical approaches.

Controversy has often surrounded psychiatry, and the term anti-psychiatry was coined by psychiatrist David Cooper in 1967. The anti-psychiatry message is that psychiatric treatments are ultimately more damaging than helpful to patients, and psychiatry's history involves what may now be seen as dangerous treatments (e.g., electroconvulsive therapy, lobotomy). Some ex-patient groups have become anti-psychiatric, often referring to themselves as "survivors".

Major depressive disorder (MDD) (also known as clinical depression, major depression, unipolar depression, or unipolar disorder; or as recurrent depression in the case of repeated episodes) is a mental disorder characterized by a pervasive and persistent low mood that is accompanied by low self-esteem and by a loss of interest or pleasure in normally enjoyable activities. The term "depression" is used in a number of different ways. It is often used to mean this syndrome but may refer to other mood disorders or simple to a low mood. Major depressive disorder is a disabling condition that adversely affects a person's family, work or school life, sleeping and eating habits, and general health. In the United States, around 3.4% of people with major depression commit suicide, and up to 60% of people who commit suicide had depression or another mood disorder.

The diagnosis of major depressive disorder is based on the patient's self-reported experiences, behavior reported by relatives or friends, and a mental status examination. There is no laboratory test for major depression, although physicians generally request tests for physical conditions that may cause similar symptoms. The most common time of onset is between the ages of 20 and 30 years, with a later peak between 30 and 40 years. (Full article...)

Carl Gustav Jung (/jʊŋ/; German: [ˈkarl ˈɡʊstaf jʊŋ]; 26 July 1875 – 6 June 1961), often referred to as C. G. Jung, was a Swiss psychiatrist and psychotherapist who founded analytical psychology. Jung proposed and developed the concepts of extraversion and introversion; archetypes, and the collective unconscious. His work has been influential in psychiatry and in the study of religion, philosophy, archeology, anthropology, literature, and related fields. He was a prolific writer, many of whose works were not published until after his death.

The central concept of analytical psychology is individuation—the psychological process of integrating the opposites, including the conscious with the unconscious, while still maintaining their relative autonomy. Jung considered individuation to be the central process of human development.

Jung created some of the best known psychological concepts, including the archetype, the collective unconscious, the complex, and synchronicity. The Myers-Briggs Type Indicator (MBTI), a popular psychometric instrument, was developed from Jung's theory of psychological types.

Jung saw the human psyche as "by nature religious" and made this religiousness the focus of his explorations. Jung is one of the best known contemporary contributors to dream analysis and symbolization.

Though he was a practising clinician and considered himself to be a scientist, much of his life's work was spent exploring tangential areas such as Eastern and Western philosophy, alchemy, astrology, and sociology, as well as literature and the arts. Jung's interest in philosophy and the occult led many to view him as a mystic, although his ambition was to be seen as a man of science. His influence on popular psychology, the "psychologization of religion", spirituality and the New Age movement has been immense. (Full article...)

The psychiatry task force works to improve the quality and scope of all psychiatry-related articles. Please join us!
Template:/box-footer 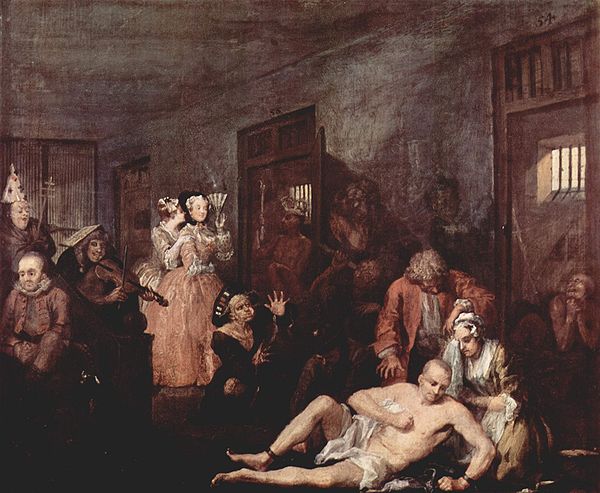