The term spirituality lacks a definitive definition, although social scientists have defined spirituality as the search for "the sacred," where "the sacred" is broadly defined as that which is set apart from the ordinary and worthy of veneration.

The term "spirituality" is derived from the Latin spiritualitas and the Biblical "roeach/pneuma". It means to be put in motion, to be a living person, and being driven. In a Bibilical context it means being animated by God.

The use of the term "spirituality" has changed throughout the ages. In modern times spirituality is often separated from religion, and connotes a blend of humanistic psychology with mystical and esoteric traditions and eastern religions aimed at personal well-being and personal development. Spirituality is a universal set of all good components and subcomponents of welfare for the entire society created by nature or super nature and not a group made by humans (By Dr Ved Vyas Dwivedi).

The notion of "spiritual experience" plays an important role in modern spirituality, but has a relatively recent origin. 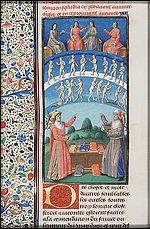 Neoplatonism (also called Neo-Platonism), is the modern (19th century) term for a school of mystical philosophy that took shape in the 3rd century, based on the teachings of Plato and earlier Platonists, with its earliest contributor believed to be Plotinus, and his teacher Ammonius Saccas. Neoplatonism focused on the spiritual and cosmological aspects of Platonic thought, synthesizing Platonism with Egyptian and Jewish theology. However, Neoplatonists would have considered themselves simply Platonists, and the modern distinction is due to the perception that their philosophy contained sufficiently unique interpretations of Plato to make it substantially different from what Plato wrote and believed.

The Neoplatonism of Plotinus and Porphyry has been referred to as in fact being orthodox Platonic philosophy by scholars like John D. Turner. This distinction provides a contrast with later movements of Neoplatonism, such as those of Iamblichus and Proclus, which embraced magical practices or theurgy as part of the soul's development in the process of the soul's return to the Source. Possibly Plotinus was motivated to clarify some of the traditions in the teachings of Plato that had been misrepresented before Iamblichus (see Neoplatonism and Gnosticism).

Neoplatonism took definitive shape with the philosopher Plotinus, who claimed to have received his teachings from Ammonius Saccas, a philosopher in Alexandria. Plotinus was also influenced by Alexander of Aphrodisias and Numenius of Apamea. Plotinus's student Porphyry assembled his teachings into the six sets of nine tractates, or Enneads. Subsequent Neoplatonic philosophers included Iamblichus, Hypatia of Alexandria, Hierocles of Alexandria, Proclus (by far the most influential of later Neoplatonists), Damascius (last head of Neoplatonist School at Athens), Olympiodorus the Younger, and Simplicius of Cilicia.

Thinkers from the Neoplatonic school cross-pollinated with the thinkers of other intellectual schools. For instance, certain strands of Neoplatonism influenced Christian thinkers (such as Augustine, Boethius, John Scotus Eriugena, and Bonaventure), while Christian thought influenced (and sometimes converted) Neoplatonic philosophers (such as Dionysius the Areopagite).

In the Middle Ages, Neoplatonic arguments were taken seriously in the thought of medieval Islamic and Jewish thinkers such as al-Farabi and Moses Maimonides, and experienced a revival in the Renaissance with the acquisition and translation of Greek and Arabic Neoplatonic texts. Well-known Christian mystics influenced by neoplatonism are Meister Eckhart and Johannes Tauler. 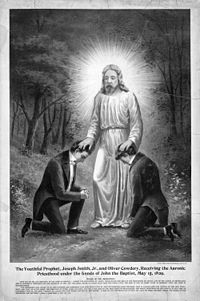