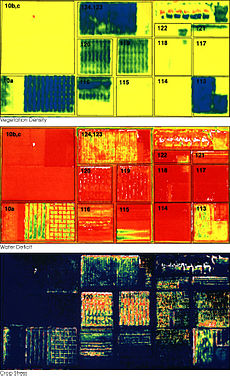 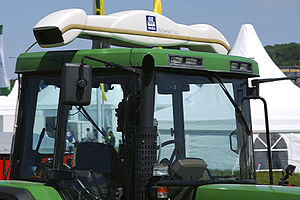 Yara N-Sensor ALS mounted on a tractor's canopy – a system that records light reflection of crops, calculates fertilisation recommendations and then varies the amount of fertilizer spread 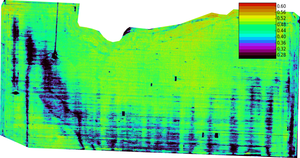 Precision agriculture (PA) or satellite farming or site specific crop management (SSCM) is a farming management concept based on observing, measuring and responding to inter and intra-field variability in crops. Crop variability typically has both a spatial and temporal component which makes statistical/computational treatments quite involved. The holy grail of precision agriculture research will be the ability to define a Decision Support System (DSS) for whole farm management with the goal of optimizing returns on inputs while preserving resources. The reality today is that seemingly simple concepts such as the ability to define management zones, areas where different management practices will apply, for a single crop type on a single field over time are difficult to define (see, for example, McBratney et al. (2005),[2] and Whelan et al. (2003)[3]). Whelan and McBratney (2003) articulate a number of approaches that are currently being used to define management zones (mostly by the research community); these include hand drawn polygons on yield maps, supervised and unsupervised classification procedures on satellite or aerial imagery, identification of yield stability patterns across seasons, etc. Among these many approaches is a phytogeomorphological approach which ties multi-year crop growth stability/characteristics to topological terrain attributes.[4][5] The interest in the phytogeomorphological approach stems from the fact that the geomorphology component typically dictates the hydrology of the farm field. Multi-year datasets are now becoming available that show this stability and these effects (Kaspar et al., (2003)), however, there is a lot of work remaining to create an actual DSS that could universally help farmers.

It can be said that the practice of precision agriculture was enabled by the advent of GPS and GNSS. The farmer's and/or researcher's ability to locate their precise position in a field allows for the creation of maps of the spatial variability of as many variables as can be measured (e.g. crop yield, terrain features/topography, organic matter content, moisture levels, nitrogen levels, pH, EC, Mg, K, etc.). Further, these maps can be interpolated onto a common grid for comparison (see Whelan et al. (2003) and the reference to the VESPER kriging system). Spatial and temporal variability of crop variables are at the heart of PA, while the spatial and temporal behaviours of that variability are key to defining amendment strategies, or 'recipe maps'. Recipe maps would be the output of any generalized decision support system that could be defined for farm use. Precision agriculture has also been enabled by technologies like crop yield monitors mounted on GPS equipped combines, the development of variable rate technology (VRT) like seeders, sprayers, etc., the development of an array of real-time vehicle mountable sensors that measure everything from chlorophyll levels to plant water status, multi- and hyper-spectral aerial and satellite imagery, from which products like NDVI maps can be made, although the costs of these are high.[citation needed]

Precision agriculture aims to optimize field-level management with regard to:

Precision agriculture also provides farmers with a wealth of information to:

Prescriptive planting is a type of farming system that delivers data-driven planting advice that can determine variable planting rates to accommodate varying conditions across a single field, in order to maximize yield. It has been described as "Big Data on the farm." Monsanto, DuPont and others are launching this technology in the US.[6][7]

Geolocating a field enables the farmer to overlay information gathered from analysis of soils and residual nitrogen, and information on previous crops and soil resistivity. Geolocation is done in two ways:

Intra and inter-field variability may result from a number of factors. These include climatic conditions (hail, drought, rain, etc. ), soils (texture, depth, nitrogen levels), cropping practices (no-till farming), weeds and disease. Permanent indicators—chiefly soil indicators—provide farmers with information about the main environmental constants. Point indicators allow them to track a crop’s status, i.e., to see whether diseases are developing, if the crop is suffering from water stress, nitrogen stress, or lodging, whether it has been damaged by ice and so on. This information may come from weather stations and other sensors (soil electrical resistivity, detection with the naked eye, satellite imagery, etc.). Soil resistivity measurements combined with soil analysis make it possible to precisely map agro-pedological conditions.

Decisions may be based on decision-support models (crop simulation models and recommendation models), but in the final analysis it is up to the farmer to decide in terms of business value and impacts on the environment.

Precision agriculture around the world 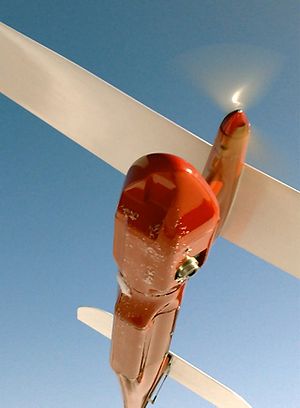 The concept of precision agriculture first emerged in the United States in the early 1980s. In 1985, researchers at the University of Minnesota varied lime inputs in crop fields. It was also at this time that the practice of grid sampling appeared (applying a fixed grid of one sample per hectare). Towards the end of the 1980s, this technique was used to derive the first input recommendation maps for fertilizers and pH corrections. The use of yield sensors developed from new technologies, combined with the advent of GPS receivers, has been gaining ground ever since. Today, such systems cover several million hectares.

In the American Midwest (US), it is associated not with sustainable agriculture but with mainstream farmers who are trying to maximize profits by spending money only in areas that require fertilizer. This practice allows the farmer to vary the rate of fertilizer across the field according to the need identified by GPS guided Grid or Zone Sampling. Fertilizer that would have been spread in areas that don't need it can be placed in areas that do, thereby optimizing its use.

Around the world, precision agriculture developed at a varying pace. Precursor nations were the United States, Canada and Australia. In Europe, the United Kingdom was the first to go down this path, followed closely by France, where it first appeared in 1997-1998. In Latin America the leading country is Argentina, where it was introduced in the middle 1990s with the support of the National Agricultural Technology Institute. The actual scenario of agriculture in Brazil walks towards efficient production with environment protection therefore Embrapa established the Brazilian Precision Agriculture Research Network, with the objective of knowledge generation, tools and technologies development on precision agriculture to soybean, maize, wheat, rice, cotton, pasture, eucalyptus, pines, grapes, peach, orange and sugar cane crops. The development of GPS and variable-rate spreading techniques helped to anchor precision farming management practices. Today, less than 10% of France’s farmers are equipped with variable-rate systems. Uptake of GPS is more widespread, but this hasn’t stopped them using precision agriculture services, which supplies field-level recommendation maps.[10]

Precision agriculture management practices can significantly reduce the amount of nutrient and other crop inputs used while boosting yields. Farmers thus obtain a return on their investment by saving on phytosanitary and fertilizer costs. The second, larger-scale benefit of targeting inputs—in spatial, temporal and quantitative terms—concerns environmental impacts. Applying the right amount of inputs in the right place and at the right time benefits crops, soils and groundwater, and thus the entire crop cycle. Consequently, precision agriculture has become a cornerstone of sustainable agriculture, since it respects crops, soils and farmers. Sustainable agriculture seeks to assure a continued supply of food within the ecological, economic and social limits required to sustain production in the long term. Precision agriculture therefore seeks to use high-tech systems in pursuit of this goal.

A recent article has tried to show that precision agriculture can help farmers in developing countries like India.[11]