Purépecha AKA P'urhépecha [pʰuˈɽepet͡ʃa] (Phorhé, Phorhépecha), more popularly known as Tarascan (Spanish Tarasco),[3] is a language isolate or small language family spoken by a quarter million Purépecha people in the highlands of the Mexican state of Michoacán.

Purépecha was the main language of the pre-Columbian Tarascan state and became widespread in northwestern Mexico during its heyday in the late post-classic period (ca. 1400–1521).

Even though it is spoken within the boundaries of Mesoamerica, Purépecha does not share many of the traits defining the Mesoamerican Linguistic Area, probably due to the Tarascan state's long adherence to an isolationist policy.

Purépecha has long been classified as a language isolate, unrelated to any other known language. This judgement is repeated in Campbell's authoritative classification.[4] Greenberg assigned it to the Chibchan language family,[5] but like the rest of his American classification, this proposal is rejected by specialists.[4]

There are a number of dialects,[6] which SIL International divides into two languages, but Campbell (1997) considers Purépecha to be a single language.

The Purépecha language is mostly spoken in rural communities in the highlands of Michoacán. The former center of the Tarascan state was around Pátzcuaro Lake and this remains an important center of the Purépecha community. Ethnologue counts Purépecha as two languages: a central language spoken by approximately 40,000 people (2005) around Pátzcuaro, and a western highland language spoken by 135,00 speakers (2005) around Zamora, Los Reyes de Salgado, Paracho, and Pamatácuaro, all of which are in the vicinity of the Paricutín volcano. Due to recent migration, there are also communities of speakers in the cities of Guadalajara, Tijuana and Mexico City and in the United States. The total population of speakers is rising (from 58,000 in 1960 to 96,000 in 1990 and 120,000 in 2000[7]), but the percentage of speakers relative to non-speakers is falling, and the degree of bilingualism is rising - making the language endangered. Today the percentage of monolingual speakers is below 10%.[7] 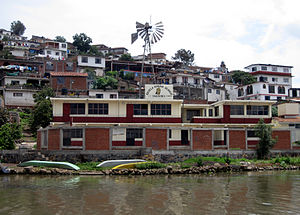 The Purépecha are not known to have migrated from elsewhere to their current location, even though their tradition includes stories of having traveled from the Pacific Ocean to their current locations. Ethnohistorical accounts mention them as a people dwelling in the same region of Michoacán inhabited by them today as early as the 13th century CE. According to the Relación de Michoacán the communities around Lake Pátzcuaro were gathered into one strong state by the leader of the Uacúsecha group of Purépecha speakers, Tariácuri. Around 1300, he undertook the first conquests of other and installed his sons Hiripan and Tangáxoan as lords of Ihuatzio and Tzintzuntzan respectively, while he himself ruled from Pátzcuaro city. By the time of the death of Taríacuri (around 1350), his lineage was in control of all the major centers around Lake Pátzcuaro. His son Hiripan continued the expansion into the area surrounding Lake Cuitzeo. In 1460 the Purépecha state reached the Pacific coast at Zacatula, advanced into the Toluca Valley, and also, on the northern rim, reached into the present-day state of Guanajuato. In the 15th century the Purépecha state was at war with the Aztecs. Many Nahua speakers who had until then lived side by side with Purépecha speakers were relocated outside of the Tarascan frontiers, whereas speakers of Otomí, fleeing the Aztec expansion, resettled on the border between the two polities. This created a fairly homogeneous area of Purépecha speakers with no other languages spoken in the core area around Lake Pátzcuaro.Pollard (1993)

With the Spanish conquest, the Purépecha state was at first peacefully incorporated into the realm of New Spain, but with the killing of Cazonci Tangaxuán II by Nuño de Guzmán the relation became one of Spanish dominance by force. Exceptions to this were the Hospital communities of Vasco de Quiroga, such as Santa Fé de la Laguna, where Purépecha could live with a degree of protection from Spanish domination. Through Spanish friars, the Purépecha learned to write in the Latin script, and Purépecha became a literary language in the early colonial period. There is a body of written sources in Purépecha from this period, including several dictionaries, confessionaries, and land titles. Among the most important colonial works are the grammar (1558)[8] and dictionary (1559)[9] of Fray Maturino Gilberti, and the grammar and dictionary (1574) by Juan Baptista de Lagunas [10] From ca. 1700 the status of Purépecha changed, and throughout the twentieth century the Mexican state pursued a policy of castellanización, under which speakers of indigenous languages were actively encouraged to abandon their languages in favor of Spanish. However, in accord with international changes in favor of recognizing the linguistic rights of indigenous peoples and promoting multiculturalism in colonial states, in 2003 the Mexican Congress approved the General Law of Linguistic Rights of Indigenous Peoples, giving Purépecha and Mexico's other indigenous languages official status as national languages.

The official alphabet is the P’URHEPECHA JIMBO KARARAKUECHA (Purépecha Alphabet):

The three letters b, d, g occur in spelling only after the nasal letters m, n: mb, nd, ng. Their use is not consistent with orthography on the phonemic principle, because the sounds /p, t, k/ are automatically voiced, shifting in pronunciation to [b, d, ɡ] respectively, after a nasal consonant.

In all dialects of Purépecha, stress accent is phonemic. As in Spanish orthography, the stressed syllable is indicated by the acute accent. Examples of minimal pairs are:

Usually the second syllable of the word is stressed, occasionally the first.

The phonemic inventory of the Tarécuato dialect is presented below.[13] The Tarécuato dialect differs from other dialects in having a velar nasal phoneme. The table of phonemes uses International Phonetic Alphabet (IPA) symbols and also gives the alphabet equivalents (enclosed in angle brackets) in non-obvious cases.

The high central vowel occurs almost exclusively after /s/ or /ts/ and is almost a predictible allophone of /i/ in that position.

The final vowel of a word is usually whispered or deleted, unless the word is at the end of a phrase or sentence.

Sequences of vowels do occur, but are very rare except for sequences generated by adding grammatical suffixes such as the pluralizers -echa or -icha, the copula -i, or the genitive -iri; and a sequence of vowels (sounds, not letters) virtually never occurs as the first two sounds of a word.

Purépecha is one of the minority of languages in the Mesoamerican region which do not have a phonemic glottal stop (a distinction shared by the Huave language and by some dialects of Nahuatl). It lacks any laterals ('l'-sounds). However, in the speech of many young speakers, the retroflex rhotic has been replaced by [l], due to Spanish influence.[14] There are distinct series of nonaspirated and aspirated plosives and affricates; aspiration is spelled with an apostrophe. There are two rhotics ('r'-sounds; one of them retroflex).

The official orthography does not have distinct representations for the four phonemes /kʷ/, /kʷʰ/, /w/, /j/. It uses the letter ⟨i⟩ for both /i, j/ and the letter ⟨u⟩ for both /u, w/ (these two semivowels are fairly rare). When ⟨k⟩ and ⟨k'⟩ are followed by ⟨u⟩ and another vowel letter, this virtually always represents the labio-velar phonemes.

The Purépecha language is agglutinating, although phonetic erosion has led to a certain degree of fusion. It is sometimes considered polysynthetic due to the complex morphology and often long words.[15] Unlike most other languages considered polysynthetic, it has no noun compounding or incorporation. The language is exclusively suffixing and has a large number of suffixes (as many as 160[16]) and clitics. The verb distinguishes thirteen aspects and six modes. The language is double-marking in the typology of Johanna Nichols, meaning that it marks grammatical relations on both the dependent phrases and phrasal heads.

The language has both case, and postpositions. The case system distinguishes among nominative, accusative, genitive, comitative, instrumental and locative cases, but there are also a large number of nominal derivational affixes. Word order is flexible and the basic word order has been described as either SVO,[17] or SOV,[18] but both authors note that other word orders are frequently used for pragmatic purposes such as focus or topic tracking.[19]

Nouns are inflected on the basic formula Noun + Number + Case.

The grammar distinguishes between plural and unspecified numbers, having no dedicated singular form.[20]

Plural of a noun is formed by a suffix -echa/-icha or -cha.

The nominative case is unmarked. The accusative case (also called objective case) is used to mark direct and sometimes indirect objects, is marked by a suffix -ni:

The genitive case is marked by -ri -eri:

The locative case is marked by -rhu, -o

Discourse-pragmatic focus on a noun or noun phrase is indicated by the clitic -sï.[17]

The Purépecha verb inflects for aspects and modes, as well as for person and number of subject and object. There are also a number of suffixes expressing shape, position or body parts affecting or affected by the verbal action.[26][27][28]

Transitivity is manipulated by suffixes forming transitive verbs with applicative or causative meaning or intransitives with passive or inchoative meanings.

Purépecha-language programming is broadcast by radio station XEPUR-AM, based in Cherán, Michoacán. This radio station is an enterprise of the CDI.