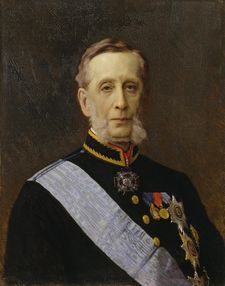 Valuev served as Emperor Alexander II's Minister of Interior between April 23, 1861 and March 9, 1868 and as Minister of State Assets from February 17, 1872 through 1877. In 1877 he was made Chairman of the Committee of Ministers. In 1880 his influence began to decline when he was eclipsed by his opponent, Count Loris-Melikov. Valuev was sent into retirement in October 1881 by the son of the recently assassinated Alexander II, Alexander III.

Valuev was always close to the literary world. In 1834 he was transferred from Moscow to St. Petersburg and became acquainted with prominent Russian poets Aleksandr Pushkin and Pyotr Vyazemsky. Valuev may have served as one of the prototypes for the protagonist of Pushkin's novel The Captain's Daughter (1836) and the same year he married Vyazemsky's daughter.

Valuev began writing fiction in the 1870s while still serving in the government. His first novel, "Lorin", was finished in 1878 and circulated in manuscript, although it remained unpublished until 1882. Once he was retired, he concentrated on writing and published four novels, essays on history of Christianity and a devotional calendar with his poetry prior to his death in 1890 at St. Petersburg.

Throughout most of his adult life, Valuev kept a diary, which was published after his death and has proved to be an important source of information on the inner circle of the Russian Empire in the 19th century.