Raymond Henry Williams (31 August 1921 – 26 January 1988) was a Welsh academic, novelist and critic. He was an influential figure within the New Left and in wider culture. His writings on politics, culture, the mass media and literature are a significant contribution to the Marxist critique of culture and the arts. Some 750,000 copies of his books have sold in UK editions alone[1] and there are many translations available. His work laid the foundations for the field of cultural studies and the cultural materialist approach.

Born in Llanfihangel Crucorney, near Abergavenny, Wales, Williams was the son of a railway worker in a village where all of the railwaymen voted Labour while the local small farmers mostly voted Liberal.[2] It was not a Welsh-speaking area: he described it as "Anglicised in the 1840s".[3] There was, nevertheless, a strong Welsh identity. "There is the joke that someone says his family came over with the Normans and we reply: 'Are you liking it here?'".[4]

He attended King Henry VIII Grammar School in Abergavenny. His teenage years were overshadowed by the rise of Nazism and the threat of war. He was 14 when the Spanish Civil War broke out, and was conscious of what was happening through his membership of the local Left Book Club.[5] He also mentions the Italian invasion of Abyssinia (Ethiopia) and Edgar Snow's Red Star Over China, originally published in Britain by the Left Book Club.[6] At this time, he was a supporter of the League of Nations, attending a League-organised youth conference in Geneva in 1937. On the way back, his group visited Paris and he went to the Soviet pavilion at the International Exhibition. There he bought a copy of The Communist Manifesto and read Karl Marx for the first time.[7]

Williams attended Trinity College, Cambridge, where he joined the Communist Party of Great Britain. Along with Eric Hobsbawm, he was given the task of writing a Communist Party pamphlet about the Russo-Finnish War. He says in (Politics and Letters) that they "were given the job as people who could write quickly, from historical materials supplied for us. You were often in there writing about topics you did not know very much about, as a professional with words".[8] At the time, the British government was keen to support Finland in its war against the Soviet Union, while still being at war with Nazi Germany.

Williams interrupted his education to serve in World War II. In winter 1940, he enlisted in the British Army, but stayed at Cambridge to take his exams in June 1941, the same month Germany invaded Russia. Joining the military was against the Communist party line at the time. According to Williams, his membership in the Communist Party lapsed without him ever formally resigning.[9]

When Williams joined the army, he was assigned to the Royal Corps of Signals, which was the typical assignment for university undergraduates. He received some initial training in military communications, but was then reassigned to artillery and anti-tank weapons. He was viewed as officer material and served as an officer in the Anti-Tank Regiment of the Guards Armoured Division, 1941–1945, being sent into the early fighting in the Invasion of Normandy after the Normandy Landings (D-Day). In Politics and Letters he writes, "I don't think the intricate chaos of that Normandy fighting has ever been recorded".[10] He commanded a unit of four tanks and mentions losing touch with two of them during fighting against Waffen-SS Panzer forces in the Bocage; he never discovered what happened to them due to a withdrawal of the troops.

He was part of the fighting from Normandy in 1944 through Belgium and the Netherlands to Germany in 1945, where he was involved in the liberation of one of the smaller Nazi concentration camps, which was afterwards used to detain SS officers. He was also shocked to find that Hamburg had suffered saturation bombing by the Royal Air Force, not just of military targets and docks as they had been told.

He received his M.A. from Trinity College, Cambridge in 1946 and then served as a tutor in adult education at the University of Oxford for several years.[11] In 1951 he was recalled to the army as a reservist to fight in the Korean War. He refused to go, registering as a conscientious objector.[citation needed]

He made his reputation with Culture and Society, published in 1958, which was an immediate success. This was followed in 1961 by The Long Revolution. Williams's writings were taken up by the New Left and received a wide readership. He was also well known as a regular book reviewer for the Manchester Guardian newspaper. His years in adult education were an important experience and Williams was always something of an outsider at Cambridge University. Asked to contribute to a book called My Cambridge, he began his essay by saying, "It was never my Cambridge. That was clear from the start".[12] 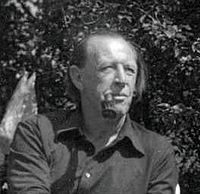 On the strength of his books, Williams was invited to return to Cambridge in 1961, where he was elected a fellow of Jesus College,[13] eventually becoming first Reader (1967-1974) then Professor of Drama (1974–1983). He was Visiting Professor of Political Science at Stanford University in 1973, an experience that he used to good effect in his still useful book Television: Technology and Cultural Form (1974). A committed socialist, he was greatly interested in the relationships between language, literature, and society and published many books, essays and articles on these and other issues. Among the most important is The Country and the City (1973), in which chapters about literature alternate with chapters of social history. His tightly written Marxism and Literature (1977) is mainly for specialists, but it also sets out his own approach to cultural studies, which he called cultural materialism. This book was in part a response to structuralism in literary studies and pressure on Williams to make a more theoretical statement of his own position against criticisms that it was a humanist Marxism, based on unexamined assumptions about lived experience. He makes considerable use of the ideas of Antonio Gramsci, though the book is uniquely Williams' and written in his own characteristic voice. For a more accessible version, see Culture (1981/1982), which develops an important argument about cultural sociology, which he hoped would become "a new major discipline".[14] Introducing the US edition, Bruce Robbins identifies this book as "an implicit self-critique" of Williams's earlier ideas, and a basis on which "to conceive the oppositionality of the critic in a permanently fragmented society"[15]

Williams was concerned to establish the changing meanings of the vocabulary used in discussions of culture. He began with the word culture itself, and his notes on sixty significant but often difficult words were to have appeared as an appendix to Culture and Society in 1958. This was not possible, and an extended version, with notes and short essays on 110 words, appeared as Keywords in 1976. Words which were examined included "Aesthetic", "Bourgeois", "Culture", "Hegemony", "Isms", "Organic", "Romantic", "Status", "Violence" and "Work". A revised version in 1983 added twenty-one new words, including "Anarchism", "Ecology", "Liberation"and "Sex". Williams wrote that The Oxford English Dictionary (OED) "is primarily philological and etymological", whilst his work was on "meanings and contexts".[16] In 1981, Williams published Culture, in which the term is given extended discussion. Here it is defined as "a realized signifying system",[17] and is supported by chapters discussing "the means of cultural production, and the process of cultural reproduction" (206).

Williams wrote in a critical way about Marshall McLuhan's writings on technology and society. This is the background to the chapter in Television: Technology and Cultural Form (1974) called "The Technology and the Society." In it, Williams defended his visions against technological determinism, focusing on how the social has a prevalence over the technological when it comes to the development of human processes. In his words, 'Determination is a real social process, but never (as in some theological and some Marxist versions)... a wholly controlling, wholly predicting set of causes. On the contrary, the reality of determination is the setting of limits and the exertion of pressures, within which variable social practices are profoundly affected but never necessarily controlled.'[18]

His book on Modern Tragedy may be read as a response to The Death of Tragedy by the conservative literary critic George Steiner. Later, Williams was interested in the work of Pierre Bourdieu, though opining that the latter was too pessimistic in terms of the possibilities for social change.

By the 1970s, Williams was a Plaid Cymru member and a Welsh nationalist.[19] He retired from Cambridge in 1983 and spent his last years in Saffron Walden. While there, he wrote Loyalties, a novel about a fictional group of upper-class radicals attracted to 1930s Communism. He was also working on People of the Black Mountains, an experimental historical novel about people who lived or might have lived around the Black Mountains, the part of Wales he came from. It is told through a series of flashbacks featuring an ordinary man in modern times, who is looking for his grandfather who has not returned from a hill-walk. He imagines the region as it was and might have been. The story begins in the Paleolithic, and was intended to come right up to modern times, always focusing on ordinary people.

Raymond Williams had completed it to the Middle Ages by the time he died in 1988. The book was prepared for publication by his wife, Joy Williams. It was published in two volumes, along with a postscript that gives a brief description of what the remaining work would have been. Almost all of the stories were completed in typescript, generally revised many times by the author. Only "The Comet" was left incomplete and needed some small additions to make a continuous narrative. In the 1980s, Williams made important links with debates in feminism, peace, and ecology social movements, and extended his position beyond what might be recognised as Marxism. He concluded that because there were many different societies in the world, there would be not one, but many socialisms.[citation needed]

The Raymond Williams Society was established in 1989 "to support and develop intellectual and political projects in areas broadly connected with Williams's work".[20] Since 1998 the Society has published Key Words: A Journal of Cultural Materialism,[21] which is "committed to developing the tradition of cultural materialism" that he originated. The Raymond Williams Centre for Recovery Research was opened at Nottingham Trent University in 1995.[22] The Raymond Williams Foundation (RWF)[23] supports activities in adult education. A collaborative research project building on Williams's investigation of cultural keywords, called the 'Keywords Project', was established in 2006 and is supported by Jesus College, University of Cambridge, and the University of Pittsburgh.[24] Similar projects building on Williams's legacy include New Keywords: A Revised Vocabulary of Culture and Society, edited by cultural studies scholars Tony Bennett, Lawrence Grossberg, and Meaghan Morris, and Keywords for American Cultural Studies, edited by Bruce Burgett and Glenn Hendler.

In 2007 a collection of Williams' papers was deposited at Swansea University by his daughter Merryn,[25] herself a poet and author.[26]