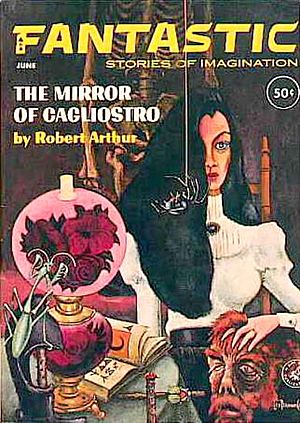 Arthur's novelette "The Mirror of Cagliostro " was the cover story for the June 1963 issue of Fantastic Stories, illustrated by Lee Brown Coye 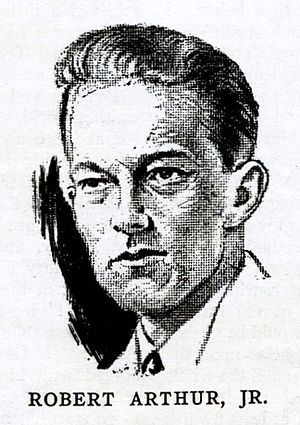 Arthur as pictured in Wonder Stories in 1931

Robert A. Arthur, Jr.[1] (November 10, 1909 – May 2, 1969) was a mystery and speculative fiction writer[2] known for The Mysterious Traveler radio series and his Three Investigators series of novels.

Arthur, along with his writing partner David Kogan, was twice honored by the Mystery Writers of America with an Edgar Award for Best Radio Drama: During 1950, for Murder by Experts, and during 1953 for The Mysterious Traveler.

Three Investigator novels numbered 10 and 12 to 43 were written by other authors.