A rock shelter (also known as a rockhouse, crepuscular cave, or abri) is a shallow cave-like opening at the base of a bluff or cliff. 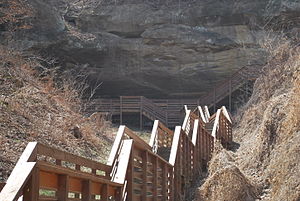 The rock shelter for which Indian Cave State Park is named. 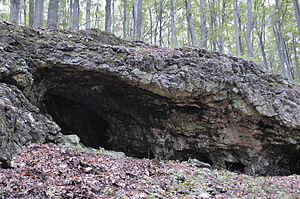 Rock shelter in the Little Carpathians 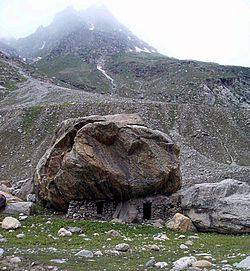 Many rock shelters are found under waterfalls.

Rock shelters are often important archaeologically. Because rock shelters form natural shelters from the weather, prehistoric humans often used them as living-places, and left behind debris, tools, and other artifacts. In mountainous areas the shelters can also be important for mountaineers.

In western Connecticut and eastern New York, many rock shelters are known by the colloquialism "leatherman caves",[1] as they were inhabited by the Leatherman over three decades in the late 19th century.

The Cumberland stitchwort (Minuartia cumberlandensis) is an endangered species of plant which is found only in rock shelters in Kentucky and Tennessee.[2] 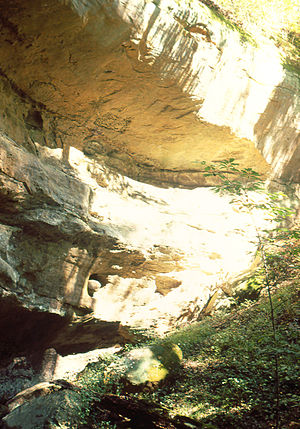