The Royal Bahraini Air Force (abbreviated as RBAF, formerly known as Bahrain Amiri Air Force) is the aerial warfare branch of the Bahrain Defense Force. The air force had 650 personnel in 1992[1] and 1,500 in 2009.[2] 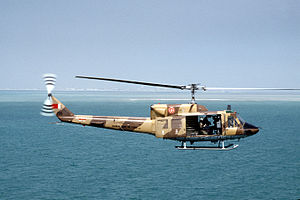 The air branch of the Bahrain Defence Force was organized in 1977 and began flying helicopters. In 1986, F5 fighter jets were acquired from the United States.

In 1987, the Bahrain Defense Force was reorganized into separate Army, Navy and Air force branches with the Air Wing becoming the Bahrain Amiri Air Force (BAAF). The delivery of a squadron of F-16s from 1990 marked a further increase in the capabilities of the air arm. The new F-16 unit was based at Sheik Isa Air Base alongside the F-5s. On 2 August 1990 several aircraft from the Kuwait Air Force were evacuated to Bahrain during the Iraqi invasion of Kuwait. During the subsequent Gulf War, BAAF carried out the first F-5s and F-16s defensive missions on 25 January 1991 and began offensive operations the following day. The Gulf War ended on 28 February 1991.

A second batch of F-16s commenced delivery in 2000. The new aircraft were equipped to carry the AMRAAM missile, first used by the USAF in 1992. In July 2000, Bahrain signed a deal with BAE Systems to establish a pilot academy based around the Hawk Trainer, similar to the NFTC in Canada. Subsequently, orders were placed for Slingsby T67 Firefly and BAE Hawk trainers. The first trainers were delivered in October 2006.[3] After the elections on 14 February 2002, the state changed from an emirate to a kingdom resulting in the renaming of the Armed Forces. Since then the air force was called the RBAF rather than BAAF. According to Sikorsky’s announcement in June 2007, Bahrain confirmed the purchase of nine UH-60M Black Hawk helicopters. The helicopters will be used in a variety of roles, including combat search and rescue. 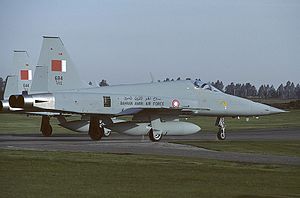 Two Northrop F-5E’s on their delivery flight to Bahrain 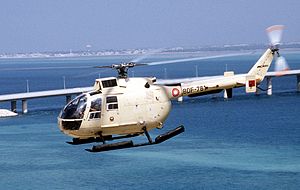