The Royal Society of Canada (La Société royale du Canada) known also as RSC: The Academies of Arts, Humanities and Sciences of Canada (SRC : Les Académies des arts, des lettres et des sciences du Canada) is the senior national, bilingual council of distinguished Canadian scholars, humanists, scientists and artists. The primary objective of the RSC is to promote learning and research in the arts, the humanities and the sciences. The RSC is Canada’s National Academy and exists to promote Canadian research and scholarly accomplishment in both official languages, to recognize academic and artistic excellence, and to advise governments, non-governmental organizations and Canadians on matters of public interest.[1]

In the late 1870s, the Governor General of Canada, the Marquis of Lorne, determined that Canada required a cultural institution to promote national scientific research and development. Since that time, succeeding Governors General have remained involved with the affairs of the Society. In 1882 the Royal Society of Canada was founded with the personal patronage of the Marquis of Lorne. A year later, in 1883, the Society was incorporated by a statute of the Parliament of Canada. 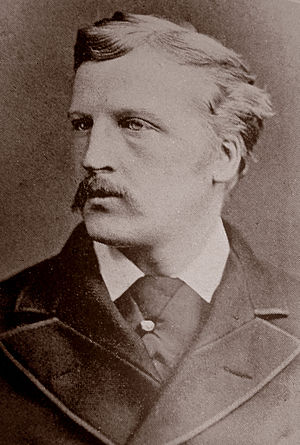 From its founding in 1883 into the early 1900s, the structure of the RSC imitated the model of the Royal Society of London but with the important addition of literature and other elements found in the Institut de France. Like their counterparts, membership to the RSC was limited and by election. Initially, the RSC was divided into four sections, each of 20 Fellows. These sections were: (1) Littérature française, Histoire, Archéologie; (2) English Literature, History, Archaeology; (3) Mathematical, Physical and Chemical Sciences; and (4) Geological and Biological Sciences. The founding Fellows of the RSC included Sir Sandford Fleming, the originator of the world system of Standard Time, and Sir William Osler, one of the greatest physicians of his time. The Fellows of the RSC were nominated by a committee directed by the Principal of McGill University, Sir John William Dawson, and by the former Premier of Québec, Pierre Chauveau. These two men served as the first and second Presidents of the Society.

As Canadian scholarship and research increased, the RSC also grew. Within three decades the fellowship of the RSC doubled in number. After several phases of restructuring, the RSC evolved its contemporary organization. In 2010, His Excellency the Right Honourable David Lloyd Johnston, Governor General of Canada, was elected as an Honorary Fellow of the Society.

The Royal Society of Canada currently consists of more than 2,000 Fellows: men and women from all branches of learning who have made contributions in the arts, the humanities and the sciences, as well as in Canadian public life. Presently, the fellowship comprises four categories: Regularly Elected Fellows, Specially Elected Fellows, Foreign Fellows and Honorary Fellows.

Election to fellowship in the Society is the highest accolade available to scientists, artists and scholars in Canada. Once inducted into the Society, anglophone Fellows may use the post-nominal FRSC (Fellow of the Royal Society of Canada) and francophone Fellows may use MSRC (Membre de la Société royale du Canada). The RSC is composed of three bilingual Academies, including a broad range of scholarly disciplines and artistic fields.

Academy I is the Academy of Arts and Humanities. There are three divisions of Academy I: an anglophone Division (I) - Humanities; a francophone division (II) – Lettres et sciences humaines; and a bilingual division for the Arts (III) – The Arts/Les Arts; embracing architecture, creative writing and the arts.

Academy III is the Academy of Science. There are four bilingual divisions of Academy III: (I) - Applied Sciences and Engineering; (II) - Earth, Ocean and Atmospheric Sciences; (III) - Life Sciences; and (IV) - Mathematical and Physical Sciences.

The Society is dedicated to making its members’ varied knowledge available to the public. Members are available to assess issues of presumed value to Canadians and provide independent expert advice, notably to government on matters of public policy through its program of Expert Panel reports.

The RSC officially began the Institutional Member (IM) Programme in 2004. The goal was to provide a mechanism by which the Society could develop its programmes in conjunction with Canadian universities, and by which universities could have formal and direct input into the strategic organization and governance of the Society. This closer relationship facilitates the nomination of new Fellows from all Canadian universities, and provides a means for the Society to sponsor scholarly activities at institutions of all sizes across Canada. Presently 46 universities and the National Research Council of Canada (NRC) are Institutional Members of the Society. 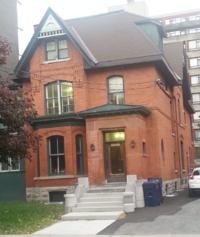 Head Office of the Royal Society of Canada in Ottawa

The RSC recognizes notable achievements in research and innovation by awarding medals and prizes. Twenty Society awards are offered on an annual or biennial basis and consist of either medals or certificates, some of them with cash prizes. These awards are as follows: