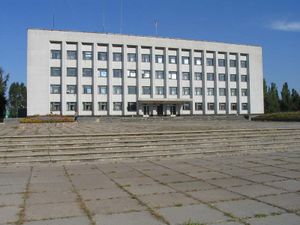 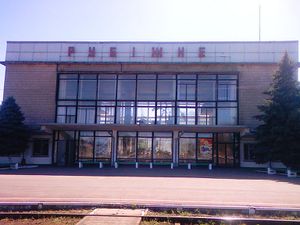 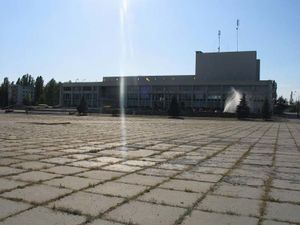 The city started growing from a railway station built in 1904.

In the city the population attended by the following ethnic groups:

Rubizhne is famous for its chemical and pharmaceutical plants and factories. The headquarters of "Microkhim", the largest Ukrainian producer of substances and medicines for cardiology,[8] is situated in Rubizhne. Also, one of the biggest plastic pipe plants of Ukraine, Runezhnoye Pipe Plant ru:Рубежанский трубный завод, is located in the town.

Rubizhne is the town of birth of MMA Heavyweight Champion Fedor Emelianenko, and Olympic champion in fencing Vladimir Smirnov.