The S-125 Neva/Pechora (Russian: С-125 "Нева"/"Печора", NATO reporting name SA-3 Goa) Soviet surface-to-air missile system was designed by Aleksei Mihailovich Isaev to complement the S-25 and S-75. It has a shorter effective range and lower engagement altitude than either of its predecessors and also flies slower, but due to its two-stage design it is more effective against more maneuverable targets. It is also able to engage lower flying targets than the previous systems, and being more modern it is much more resistant to ECM than the S-75. The 5V24 (V-600) missiles reach around Mach 3 to 3.5 in flight, both stages powered by solid fuel rocket motors. The S-125, like the S-75, uses radio command guidance. The naval version of this system has the NATO reporting name SA-N-1 Goa and original designation M-1 Volna (Russian Волна – wave). 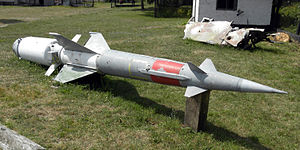 The S-125 was first deployed between 1961 and 1964 around Moscow, augmenting the S-25 and S-75 sites already ringing the city, as well as in other parts of the USSR. In 1964, an upgraded version of the system, the S-125M "Neva-M" and later S-125M1 "Neva-M1" was developed. The original version was designated SA-3A by the US DoD and the new Neva-M named SA-3B and (naval) SA-N-1B. The Neva-M introduced a redesigned booster and an improved guidance system. The SA-3 was not used against U.S. forces in Vietnam, because the Soviets feared that China (after the souring of Sino-Soviet relations in 1960), through which most, if not all of the equipment meant for North Vietnam had to travel, would try to copy the missile.

The FAPA-DAA acquired a significant number of SA-3s, and these were encountered during the first strike flown by SAAF Mirage F.1s against targets in Angola ever - in June 1980. While the SAAF reported two aircraft were damaged by SAMs during this action, Angola claimed to have shot down four.[2]

On 7 June 1980, while attacking SWAPO's Tobias Haneko Training Camp during Operation Sceptic (Smokeshell), SAAF Major Frans Pretorius and Captain IC du Plessis, both flying Mirage F.1s, were hit by SA-3s. Pretorius's aircraft was hit in a fuel line and he had to perform a deadstick landing at AFB Ondangwa. Du Plessis's aircraft sustained heavier damage and had to divert to Ruacana forward airstrip, where he landed with only the main undercarriage extended. Both aircraft were repaired and returned to service.[3] 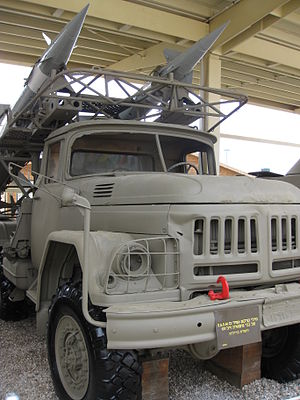 Syria deployed it for the first time during the 1973 Yom Kippur War and also during the 1982 Lebanon war. In fighting over the Beqaa Valley, however, the IAF managed to neutralize the SAM threat by launching Operation Mole Cricket 19, in which several SA-3 batteries, along with SA-2s and SA-6s, were destroyed in a single day. 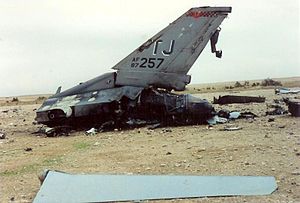 Remains of F-16C 87-257 as found by US ground forces in Iraq during Desert Storm. The canopy was recovered by US forces in the 2003 invasion. 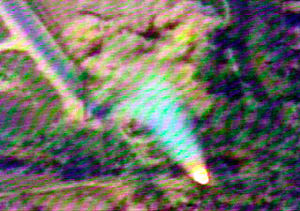 Still photograph from a videotape of an Iraqi surface-to-air missile, believed to be an SA-3, launched at a coalition aircraft in July 2001.

A USAF F-16 (serial 87-257) was shot down on January 19, 1991, during Operation Desert Storm. The aircraft was struck by an SA-3 just south of Baghdad. The pilot, Major Jeffrey Scott Tice, ejected safely but became a POW as the ejection took place over Iraq. It was the 8th combat loss and the first daylight raid over Baghdad.[8]

A Yugoslav Army 250th Air Defense Missile Brigade 3rd battery equipped with S-125 system managed to shoot down an F-117 Nighthawk stealth bomber on March 27, 1999 during the Kosovo War (the only recorded downing of a stealth aircraft) near village Budjanovci, about 45 km from Belgrade. It was also used to shoot down a NATO F-16 fighter on May 2 (its pilot; Lt. Col David Goldfein, the commander of 555th Fighter Squadron, managed to eject and was later rescued by a combat search-and-rescue (CSAR) mission).[9][10]

During the war, different Yugoslav SAM sites and possibly the SA-3 also shot down some NATO UAVs.

"The war (in Kosovo) proved that a competent opponent can improvise ways to overcome superior weaponry because every technology has weaknesses that can be identified and exploited," the jury is still out even on real damage to Serbian military infrastructure, the fact remains that SAM sites forced NATO planes to fly higher and be less effective than they would have been without these defences.[11]

The S-125 is somewhat mobile, an improvement over the S-75 system. The missiles are typically deployed on fixed turrets containing two or four but can be carried ready-to-fire on ZIL trucks in pairs. Reloading the fixed launchers takes a few minutes.

The launchers are accompanied by a command building or truck and three primary radar systems:

"Flat Face"/"Squat Eye" is mounted on a van ("Squat Eye" on a taller mast for better performance against low-altitude targets also an IFF [Identifies Friend or Foe]), "Low Blow" on a trailer and "Side Net" on a box-bodied trailer. 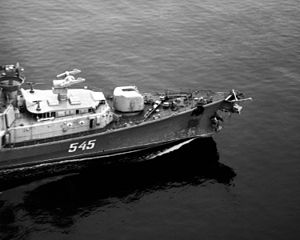 Work on a naval version M-1 Volna (SA-N-1) started in 1956, along with work on a land version. It was first mounted on a rebuilt Kotlin class destroyer (Project 56K) Bravyi and tested in 1962. In the same year, the system was accepted. The basic missile was a V-600 (or 4K90) (range: from 4 to 15 km, altitude: from 0.1 to 10 km). Fire control and guidance is carried out by 4R90 Yatagan radar, with five parabolic antennas on a common head. Only one target can be engaged at a time (or two, for ships fitted with two Volna systems). In case of emergency, Volna could be also used against naval targets, due to short response time.

In 1974 - 1976 some systems were modernized to Volna-P standard, with an additional TV target tracking channel and better resistance to jamming. Later, improved V-601M missiles were introduced, with lower minimal attack altitude against aerial targets (system Volna-N). 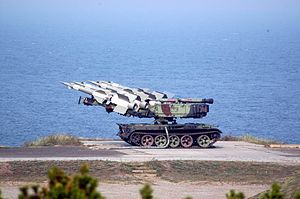 Since Russia replaced all of its S-125 sites with SA-10 and SA-12 systems, they decided to upgrade the S-125 systems being removed from service to make them more attractive to export customers.

In 1999, a Russian-Belarusian financial-industrial consortium called Oboronitelnye Sistemy (Defense Systems) was awarded a contract to overhaul Egypt's S-125 SAM system. These refurbished weapons have been reintroduced as the S-125 Pechora 2M.[24]

Serbian modifications include terminal/camera homing from radar base.

Cuba also developed a similar upgrade to the Polish one, which was displayed in La Habana in 2006.[25]

There is also a version of the S-125 available from Russia with the warhead replaced with telemetry instrumentation, for use as target drones. 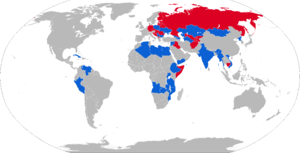