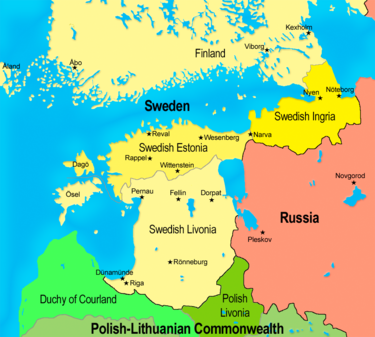 By another edict on June 3, 1710, the governorate was renamed St. Petersburg Governorate after the newly founded city of Saint Petersburg, and in 1721 the former Swedish Duchy of Ingria, and parts of the County of Kexholm and the County of Viborg and Nyslott were formally ceded to Russia in the Treaty of Nystad. After the Treaty of Åbo in 1743, the parts of Kexholm and Viborg were joined with new territorial gains from Sweden into the Governorate of Vyborg (Russian: Выборгская губерния).

Marshals of the nobility

Served as chair of the Assembly of Nobility