From Infogalactic: the planetary knowledge core
Jump to: navigation, search
For other uses, see Schöneberg (disambiguation). 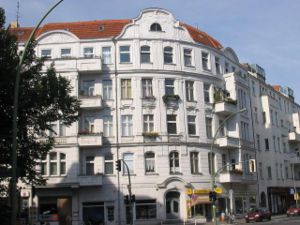 Gründerzeit building on the Rote Insel 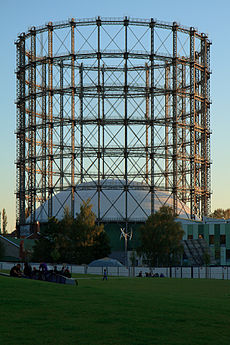 Gasometer, a landmark of Rote Insel 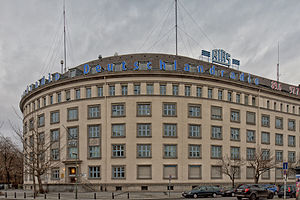 The RIAS building in Berlin-Schöneberg 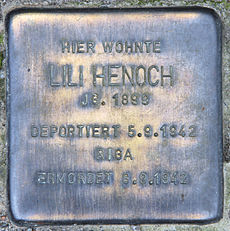 The village was first documented in a 1264 deed issued by Margrave Otto III of Brandenburg. In 1751 Bohemian weavers founded Neu-Schöneberg also known as Böhmisch-Schöneberg along northern Hauptstraße. During the Seven Years' War on 7 October 1760 Schöneberg and its village church were completely destroyed by a fire due to the joint attack on Berlin by Habsburg and Russian troops.

Both Alt-Schöneberg and Neu-Schöneberg were in an area developed in the course of industrialization and incorporated in a street network laid out in the Hobrecht-Plan in an area that came to be known architecturally as the Wilhelmine Ring. The two villages were not combined as one entity until 1874 and received town privileges in 1898. In the following year it was disentangled from the Kreis Teltow and became a Prussian Stadtkreis (independent city). Many of the former peasants gained wealth by selling their acres to the settlement companies of growing Berlin and built luxurious mansions on Hauptstraße. The large town hall Rathaus Schöneberg was completed in 1914. In 1920 Schöneberg became a part of Greater Berlin. Subsequent to World War II the Rathaus served as the city hall of West Berlin until 1991 when the administration of the reunited City of Berlin moved back to the Rotes Rathaus in Mitte.

The locality of Schöneberg includes the neighbourhoods of Bayerisches Viertel (“Bavarian quarter”, an affluent residential area with streets named after Bavarian towns) and the Rote Insel (literally: “red island”) as well as Lindenhof and the large natural park area Südgelände (“south grounds”) on the outside of the Ringbahn railway circle line.

The area around Nollendorfplatz has been a centre of gay life in Berlin since the 1920s and early 1930s during the Weimar Republic. The Eldorado Night Club on Motzstraße was closed down by the Nazis on coming to power in 1933. The painter and printmaker Otto Dix used patrons of this establishment as subjects for some of his famous works. Christopher Isherwood lived just around the corner on Nollendorfstraße. This apartment was the basis for his book Goodbye to Berlin (1939) and later the musical Cabaret (1966) and the film Cabaret (1972) and is commemorated by a historic plaque on the building.