Schneider-Creusot, or Schneider et Cie, was a historic French iron and steel-mill which became a major arms manufacturer. After World War II, it evolved into Schneider Electric. 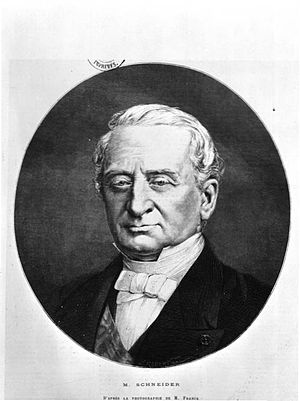 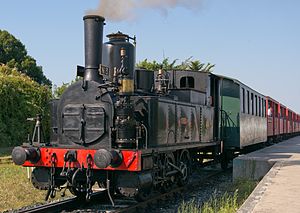 In 1836, iron ore mines and forges around Le Creusot were bought by Adolphe Schneider and his brother Eugène Schneider. They developed a business in steel, railways, armaments, and shipbuilding.[1]

The Creusot steam hammer was built in 1877.

Somua was a subsidiary located near Paris; it made machinery and vehicles, including the SOMUA S35.

Starting in 1911 Jacques Schneider offered the Schneider Trophy: A competition for seaplanes, with a large and prestigious prize.