The Scottish Aviation Twin Pioneer was a British STOL transport aircraft built by Scottish Aviation Limited at Prestwick Airport, Scotland, during the 1950s. It was designed for both civil and military operators. It was conceived as a twin-engined version of the Pioneer light transport. Both aircraft required "an area only 30m (99ft) by 275m (902ft) in which to operate." [1]

Powered by two Alvis Leonides 531 radial engines, the Twin Pioneer was a high-wing cabin monoplane with a triple fin and rudder assembly and fixed tailwheel undercarriage.[2] The prototype Twin Pioneer, registered G-ANTP, first flew at Prestwick Airport on 25 June 1955. Flight trials proved that the aircraft had a very short landing run and the aircraft was displayed at the September 1955 Society of British Aircraft Constructors Show at Farnborough.[3]

Three pre-production aircraft were built for trials, and sales and demonstrations.

In 1958, the 33rd aircraft was used as a prototype for the Series 2 with Pratt & Whitney Wasp R-1340 radial engines which had been ordered by Philippine Air Lines. A Series 3 aircraft was also developed to use the improved Alvis Leonides 531 radial engine. 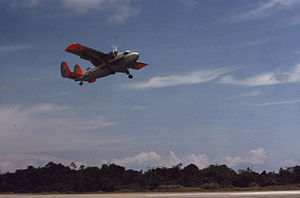 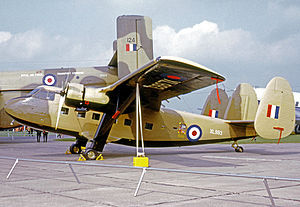 The military version could carry external stores such as bombs under the stub wings. One aircraft became the first aircraft for the newly formed Royal Malaysian Air Force when it was delivered on 16 January 1962, the type served with the air force for 12 years.

The Royal Air Force ordered 39 aircraft, which were built between 1958 and 1959, deployed in Aden and the Far East. It was used extensively by British forces in the Malayan Emergency and the later confrontation in Borneo. In August 1959, No. 78 Squadron RAF at Khormaksar received some Twin Pioneers to supplement its single engine Pioneers. The Twin Pioneers were employed in moving troops and supplies around the wilderness and on occasions, lending support to the Sultan of Oman. A series of double engine failures caused problems with the squadron losing two aircraft on the same day. Unsuitable soft and hard landing strips were also causes of failures during landings. 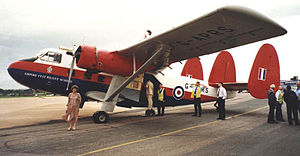 Twin Pioneer of Air Atlantique at Exeter in 1998

Although mainly used in military operations, the Twin Pioneer was also successful as a commercial transport for operation in areas without proper airfields, where unprepared surfaces were often the norm. Twin Pioneers were sold as survey aircraft to oil exploration companies with some of the first sales to Rio Tinto Finance and Exploration Limited, and the Austrian and Swiss government survey departments. Three were used by the 'Kroonduif' in Dutch New Guinea.

One Twin Pioneer served as a STOL training aircraft with the Empire Test Pilot School (ETPS) at RAE Farnborough for many years. 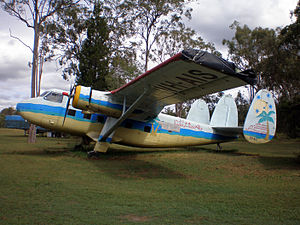 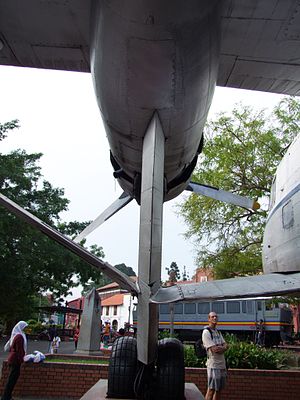