It was formed on 1 April 1961 with Douglas C-47s, MH.1521 Broussards, plus Sud Aloutte II and Agusta-Bell 47G helicopters. Close ties to France have been maintained with France through training and base facilities agreements.[1]

The Armée de l'Air Sénégalaise headquarters are currently located at Ouakam, near the capital of Dakar, on the opposite side of the Léopold Sédar Senghor International Airport.[1] The air force has the role of defending Senegalese airspace, protecting airport areas, supporting other Senegalese forces, medevac and maritime patrol.[1]

Funding remains a constant problem for the Senegalese Air Force and the increasing cost of aviation fuel restricts the number of available flying hours.[1] 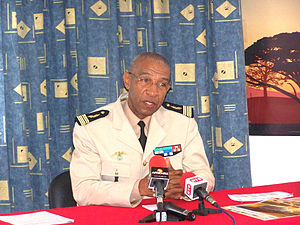 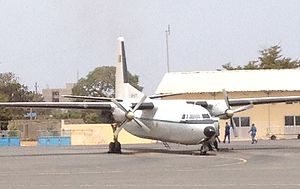