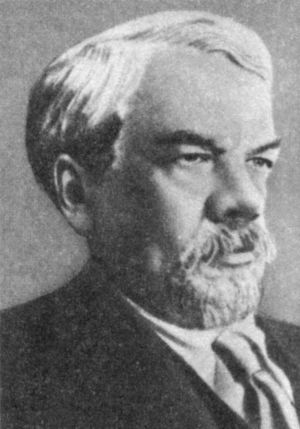 Sergey Alexeyevich Chaplygin (Russian: Серге́й Алексе́евич Чаплы́гин; April 5, 1869, Ranenburg–October 8, 1942, Novosibirsk) was a Russian and Soviet physicist, mathematician, and mechanical engineer. He is known for mathematical formulas such as Chaplygin's equation and for a hypothetical substance in cosmology called Chaplygin gas, named after him. He graduated in 1890 from Moscow University, and later became a professor. He taught mechanical engineering at Moscow Higher Women's Courses in 1901, and of applied mathematics at Moscow School of Technology, 1903. Leonid I. Sedov was one of his students.

Chaplygin's theories were greatly inspired by N. Ye. Zhukovsky, who founded the Central Institute of Aerodynamics. His early research consisted of hydromechanics. His "Collected Works" in four volumes were published in 1948.