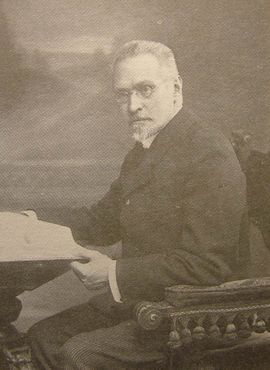 Platonov was born in Chernigov and attended a private gymnasium in St. Petersburg until 1878 when he went to the Department of History and Philology of St. Petersburg University until 1882. He was a student of Konstantin Bestuzhev-Ryumin, who recommended that he be given the opportunity to "prepare to be a professor."

Platonov belonged to the "St. Petersburg school" of Russian historiography, which paid special attention to the study and publication of historical sources. Platonov gained his master's thesis in 1888 writing about Old Russian Legends and Tales About the Seventeenth-Century Time of Troubles as a Historical Source for which he gained the Uvarov Award of the Academy of Sciences.

Platonov's scholarly career was centered on the University of St Petersburg, where he was held in highest repute for his detailed studies of the Time of Troubles (1923) and Oprichnina. Platonov's history textbooks, impeccably written and easily readable, enjoyed such popularity that he was asked by the tsar to teach history to his children. In 1909, he was admitted to the Russian Academy of Sciences.

Unlike some of his disciples (such as Alexander Presnyakov), Platonov did not change his views after the Revolution and stood aloof from the mainstream Marxist historiography, as represented by Mikhail Pokrovsky. Nevertheless, he was permitted to administer the Archaeographic Commission in 1918-29, the Pushkin House (i.e., the Russian Literature Institute) in 1925–1929 and the Academy's Library in 1925–1928.

On 12 January 1930 Platonov was accused of taking part in a royalist conspiracy, arrested and exiled to Samara, where he died three years later. Most of his books were republished after the downfall of the Soviet regime.