Shipbuilding is a developed industry in Russia. 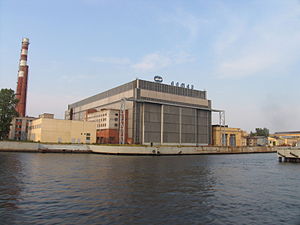 The main short-term plan of the industry is the Complex Program to Advance Production of the Shipbuilding Industry on the Market between 2008 and 2015, which was approved by the Russian Government in October 2006. It envisages the establishment of a scientific center at the Krylov Institute, two engineering centers and three shipbuilding centers, the Western, Northern and Far Eastern Centers.

The main long-term plan is the "Strategy for developing the shipbuilding industry until 2020 and the future perspective".