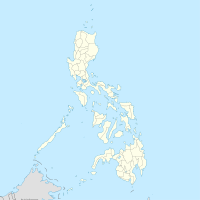 The Sibuyan Sea is a small sea in the Philippines that separates the Visayas from the northern Philippine island of Luzon.

It is bounded by the island of Panay to the south, Mindoro to the west, Masbate to the east, and to the north Marinduque and the Bicol Peninsula of Luzon Island.

The Sibuyan Sea is connected to the Sulu Sea via the Tablas Strait in the west, the South China Sea via the Isla Verde Passage in the north-west, and the Visayan Sea via the Jintotolo Channel in the south-east. The Romblon Islands lie inside the Sibuyan Sea. 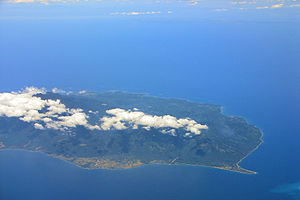 Aerial view of Sibuyan Island in the Sibuyan Sea

The Battle of the Sibuyan Sea was fought here on October 24, 1944 where the Japanese battleship Musashi was sunk and other ships were damaged.