A simulation video game describes a diverse super-category of video games, generally designed to closely simulate aspects of a real or fictional reality.

A simulation game attempts to copy various activities from real life in the form of a game for various purposes such as training, analysis, or prediction. Usually there are no strictly defined goals in the game, with players instead allowed to freely control a character.[1] Well-known examples are war games, business games, and role play simulation.

From three basic types of strategic, planning, and learning exercises: games, simulations, and case studies, a number of hybrids may be considered, including simulation games that are used as case studies.[2]

Comparisons of the merits of simulation games versus other teaching techniques have been carried out by many researchers and a number of comprehensive reviews have been published.[3]

While many credit simulation games beginning with Will Wright and SimCity in 1989, the true progenitor of the genre was "Fortune Builder", released in 1984 on Colecovision.[4] Certain games such as SimLife and SimEarth were subsequently created and are capable of teaching players the basics of genetics and global ecosystems.[citation needed]

In a study where adolescents played SimCity 2000, the study found that those participants who played the game had a greater appreciation and expectation of their government officials after playing.[5]

Construction and management simulation (CMS)[6] is a type of simulation game in which players build, expand or manage fictional communities or projects with limited resources.[7] Strategy games sometimes incorporate CMS aspects into their game economy, as players must manage resources while expanding their project. But pure CMS games differ from strategy games in that "the player's goal is not to defeat an enemy, but to build something within the context of an ongoing process."[6] Games in this category are sometimes also called "management games".[8][9][10]

A sports game is a video game that simulates the playing of sports. Most sports have been recreated with a game, including team sports, athletics and extreme sports. Some games emphasize actually playing the sport (such as the Madden NFL series), whilst others emphasize strategy and organization (such as Championship Manager). Some, such as Arch Rivals, satirize the sport for comic effect. This genre has been popular throughout the history of video games and is competitive, just like real-world sports. A number of game series feature the names and characteristics of real teams and players, and are updated annually to reflect real-world changes. 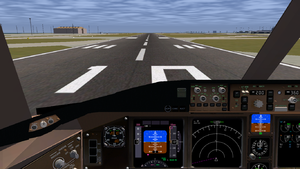