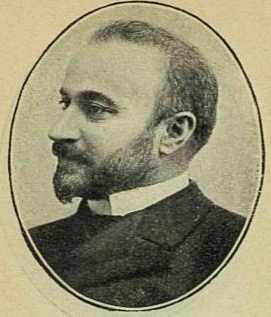 Solomon Krym (1864–1936) was an agronomist and a Crimean Karaite politician.

A few months after the dismantling of the Tatar-controlled Crimean People's Republic, he was briefly the Finance Minister under the first Crimean Regional Government headed by General Suleyman Sulkiewicz. On November 16, 1918 he became the Prime Minister of the second short-lived Crimean Regional liberal, anti-separatist and anti-Soviet government. His Foreign Affairs Minister was Maxim Vinaver, another former Kadet member of the First Duma.[1]

After the defeat of the Volunteer Army in April 1919 he emigrated and went into exile in a Russian émigrés colony at Bormes-les-Mimosas (France), building a house on the "Russian hill" there.[2]