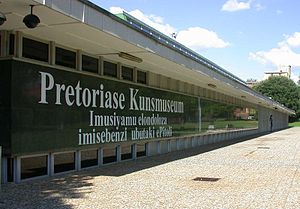 The Transvaal Ndebele language (Southern Ndebele, isiNdebele or Nrebele) is an African language belonging to the Nguni group of Bantu languages, and spoken by the amaNdebele (the Ndebele people of South Africa).

There is also another, separate language called Zimbabwean Ndebele or Matabele spoken in Zimbabwe. The "Ndebele of Zimbabwe is closer to" Zulu than other Nguni dialects.[5]

Ndebele is one of the eleven official languages in the Republic of South Africa. The language is a Nguni or Zunda classification (UN) spoken mostly in the Mpumalanga Province, Gauteng, Limpopo and the Northwest.

The expression "isikhethu" can be loosely translated to mean 'the Ndebele way of doing or saying'. Isikhethu means Ndebele the same way that sikitsi will mean Swazi and se harona will mean Sotho. The language has been severely marginalized over the years. Until the formation of the apartheid Ndebele homeland (KwaNdebele), speaking the language publicly was discouraged. Most Ndebele speakers preferred Zulu especially because the latter was learned at school. Today the Ndebele speakers, mostly those who are educated still prefer to use Ndebele as home language for their children and will use Ndebele as a language to communicate with other Ndebele speakers.