The informal term "Soviet Empire" is used by critics of the Soviet Union and Russian nationalists[1] to refer to that country's perceived imperialist foreign policy during the Cold War. The nations said to be part of the "Soviet Empire" were officially independent countries with separate governments that set their own policies (to a greater or lesser extent, depending on the country), but those policies had to remain within certain limits decided by the Soviet Union and enforced by threat of intervention by the Warsaw Pact (Hungary 1956, Czechoslovakia 1968, Poland 1980). Countries in this situation are often called satellite states.

Overall, the Soviet Empire was a political-military construct. Its hub, Russia, was hardly a colonial state in the classical sense, which exploited its colonies' natural resources. The economies of various parts were both diversified and interrelated, frequently specialising in one type of production and fully depending on others in both the supply and demand chains. For example, while Uzbek SSR may has been viewed as a typical example of monoculture country producing cotton, its capital, Tashkent has become a major industrial centre, and Russia itself was a major supplier of raw materials for all its "colonies". In cases where political control wasn't yet firmly established, the satellite states were economically exploited at full scale, as it happened in post-war Poland and Baltic states.

The penetration of the Soviet influence into the "socialist-leaning countries" was also of political and ideological kind: rather getting hold on their economic riches, the Soviet Union pumped enormous amounts of "international assistance" into them in order to secure the influence,[5] eventually to the detriment of its own economy. After the dissolution of the Soviet Union, when Russia declared itself successor, it recognized $103 billion of Soviet foreign debt, while claiming $140 billion of Soviet assets abroad.[5]

The Soviet Empire is considered to have included the following:[8][9]

The Soviet Union, its allies, and its satellite states 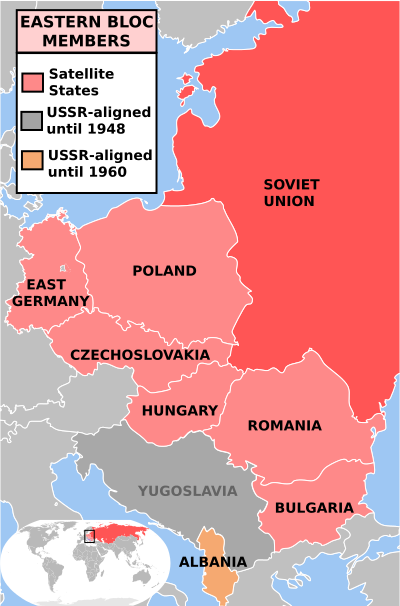 These countries were the closest allies of the Soviet Union. They were members of the Comecon, a Soviet-led economic community founded in 1949. In addition, the ones located in Eastern Europe were also members of the Warsaw Pact. They were sometimes called the Eastern bloc in English and were widely viewed as Soviet satellite states.

North Korea was a Soviet ally,[10] but always followed a highly isolationist foreign policy and therefore it did not join the Comecon or any other international organization of communist states.

Soviet involvement in the Third World 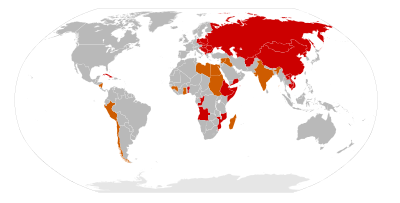 States that had communist governments in red, and states that the USSR believed at one point to be "moving toward socialism" in orange. Not all of the bright red states remained Soviet allies.

Some of these countries were not communist states. They are marked in italic. 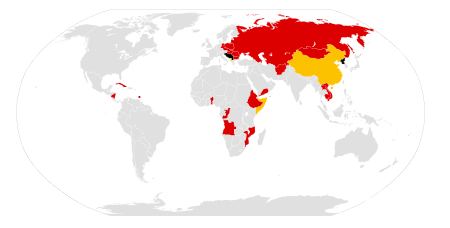 Communist state alignments in 1980: pro-Soviet (red); pro-Chinese (yellow); and the non-aligned North Korea and Yugoslavia (black). Somalia had been pro-Soviet until 1977. Cambodia (Kampuchea) had been pro-China until 1979.

Some communist states were openly opposed to the Soviet Union and many of its policies. Though their forms of government may have been similar, they were completely sovereign from the USSR and held only formal ties. Relations were often tense, sometimes even to the point of armed conflict. 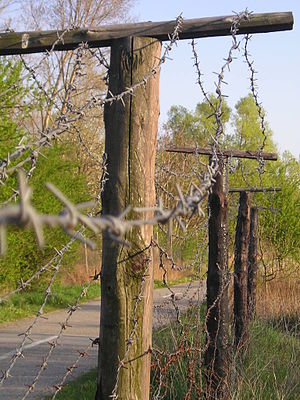