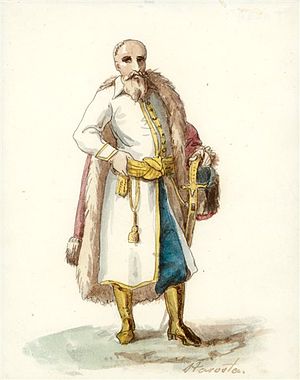 Starostwo (Polish for "eldership", Belarusian: староства, starostva, German: Starostei), from the 14th century in the Polish Crown and later through the era of the joint state of Polish-Lithuanian Commonwealth until the partitions of Poland in 1795, referred to the crown lands (królewszczyzna) administered by the official known as starosta. The starosta would receive the office from the king and would keep it until the end of his life; it usually provided a significant income for the starosta.

There were several types of starosta: