Stavka (Russian: Ставка) is the term used to refer to the high command of the armed forces in the Russian Empire and the Soviet Union. It was used in Imperial Russia to refer to the administrative staff, and to the General Headquarters in the late 19th Century Imperial Russian armed forces and subsequently in the Soviet Union. In western literature it is sometimes written in uppercase (STAVKA), which is incorrect since the term is not an acronym. The term may be used to refer to its members, as well as to the headquarters location (its original meaning from the old Russian word ставка — Tent).

Stavka of the Commander-in-chief during World War I 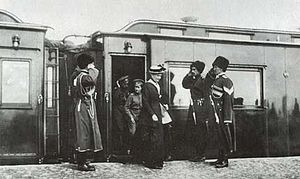 The commander-in-chief of the Russian army at the beginning of World War I was Grand Duke Nicholas Nicholaievitch, a grandson of Tsar Nicholas I. Appointed at the last minute in August 1914, he played no part in formulating the military plans in use at the beginning of the war. Nikolai Yanushkevich was his chief of staff. In the summer of 1915 the Tsar himself took personal command, with Mikhail Alekseyev as his chief of staff. In the years 1915–1917 Stavka was based in Mogilev and the Tsar, Nicholas II, spent long periods there as Commander-in-Chief.

The Stavka was divided into several departments:

The Stavka was first established in Baranovichi. In August 1915, after the German advance, the Stavka re-located to Mogilev. 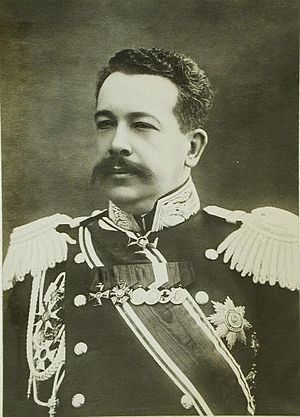 Stavka of the RKKA during World War II

Stavka of the Soviet Armed Forces during World War II, or the headquarters of the "Main Command of the Armed Forces of the USSR" (Stavka Glavnogo Komandovaniya) (Russian: Ставка Главного Командования Вооруженных Сил Союза ССР), was established on 23 June 1941 by the top secret decree signed by Joseph Stalin in his capacities both as the head of government and as the leader of the Communist Party of the Soviet Union. According to this decree Stavka was composed of the defence minister Marshal Semyon Timoshenko (as its president), the head of General Staff Georgy Zhukov, Stalin, Vyacheslav Molotov, Marshal Kliment Voroshilov, Marshal Semyon Budyonny and the People's Commissar (Narkom) of the Navy Admiral Nikolai Gerasimovich Kuznetsov.

Very soon afterwards the deputy defence minister army Meretskov was arrested following the false charges by Beria and Merkulov. Meretskov was subsequently released from the jail and on the same day at the end of the first week of September 1941 was called for by Stalin.

On the same day Strategic Directions commands were instituted.