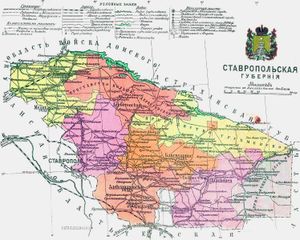 The Stavropol Governorate was a governorate (province) of the Russian Empire. It roughly corresponded to most of present-day Stavropol Krai. It was created out of the territories of Caucasian peoples.

As of 1897, 873,301 people populated the oblast. Russians constituted the majority of the population. Significant minorities consisted of Ukrainians. Total Slavic population was 804,153 (92%) 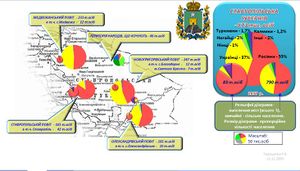