The first Soviet rocket study unit was established in June 1946, by redesignating the 92nd Guards Mortar Regiment at Bad Berka in East Germany as the 22nd Brigade for Special Use of the Reserve of the Supreme High Command.[4] On October 18, 1947 the brigade conducted the first launch of the remanufactured former German A-4 ballistic missile, or R-1, from the Kapustin Yar Range.[5] In the early 1950s the 77th and 90th Brigades were also formed to operate the R-1 (SS-1a Scunner). The 54th and 56th Brigades were formed to conduct test launches of the R-2 (SS-2 Sibling) at Kapustin Yar on June 1, 1952.

From 1959 the Soviets introduced a number of intercontinental ballistic missiles (ICBMs) into service, including the SS-4 'Sandal', the SS-6 'Sapwood' (R-7), the SS-7 'Saddler' (R-16), the SS-8 'Sasin' (R-9A), the SS-8 'Sasin' (R-26), the SS-9 'Scarp' (R-36), and the SS-16 'Sinner' (RT-21), which was possibly never made fully operational. By 1990 all these early types of missiles had been retired from service. This was the very year that the Strategic Missile Troops were officially established as a service branch of the Armed Forces under the direct control of the Defense Ministry. The date of its formal foundation, December 17, is celebrated as Strategic Missile Troops Day.

During a test of the R-16 ICBM on October 24, 1960, the test missile exploded on the pad, killing the first commander of the SRF, Chief Marshal of Artillery Mitrofan Ivanovich Nedelin. This disaster, the details of which were concealed for decades, became known as the Nedelin catastrophe. He was succeeded by Marshal of the Soviet Union Kirill Moskalenko, who in turn was succeeded quickly by Marshal Sergey Biryuzov.[6] Under Marshal Вiryuzov the SRF deployed missiles to Cuba in 1962 as part of Operation Anadyr. 36 R-12 intermediate range ballistic missiles were sent to Cuba, initiating the Cuban Missile Crisis. The 43rd Guards Missile Division of 43rd Rocket Army manned the missiles while in Cuba.[7]

Marshal Nikolai Krylov then took over in March 1963 and served until February 1972. During this time French President Charles de Gaulle visited the Strategic Rocket Forces in 1966. Together with NI Krylov, he visited a missile division in Novosibirsk, and then at the invitation of Leonid Brezhnev participated in a demonstration missile launch at the Baikonur Cosmodrome in the Kazakh SSR. Chief Marshal of Artillery Vladimir Fedorovich Tolubko commanded the SRF from April 12, 1972 to July 10, 1985. Tolubko emphasised raising the physical fitness standards within the SRF. He was succeeded by General of the Army Yury Pavlovich Maksimov, who commanded from July 10, 1985 to August 19, 1992.

According to a 1980 TIME Magazine article citing analysts from RAND Corporation, Soviet non-Slavs were generally barred from joining the Strategic Rocket Forces because of suspicions of loyalty of ethnic minorities to the Kremlin.[8]

In 1989 the Strategic Rocket Forces had over 1,400 ICBMs, 300 launch control centers, and twenty-eight missile bases.[9] The SMT also operated SS-20 (RSD-10 Pioneer) intermediate-range ballistic missiles (IRBMs) and SS-4 medium-range ballistic missiles (MRBMs). Two-thirds of the road-mobile Soviet SS-20 force was based in the western Soviet Union and was aimed at Western Europe. One-third of the force was located east of the Ural Mountains and was targeted primarily against China. Older SS-4 missiles were deployed at fixed sites in the western Soviet Union. The Intermediate-Range Nuclear Forces Treaty, signed in December 1987, called for the elimination of all 553 Soviet SS-20 and SS-4 missiles within three years. As of mid-1989, over 50% of SS-20 and SS-4 missiles had been eliminated.

Like most of the Russian military, the Strategic Rocket Forces have had limited access to resources for new equipment in the Yeltsin era. However, the Russian government has made a priority of ensuring that the Rocket Forces receive new missiles to phase out older, less-reliable systems, and to incorporate newer capabilities in the face of international threats to the viability of the nuclear deterrent effect provided by their missiles, in particular the development of missile defense systems in the United States.

In 1995, the decree of the President of Russia № 1239 from December 10, 1995 "On establishing the Day of the Strategic Rocket Forces Day and Military Space Forces Day" was promulgated. On July 16, 1997, President Boris Yeltsin signed a decree incorporating the Russian Space Forces and the Space Missile Defence Forces (Russian: Ракетно-космической обороны) into the SMT.[19] In doing so, 'nearly 60' military units and establishments were dissolved. However, four years later, on June 1, 2001, the Russian Space Forces were reformed as a separate branch of service from the SMT.

Minister of Defence Marshal of the Russian Federation Igor Sergeev, a former commander of the SMT from August 19, 1992 – May 22, 1997, played a major role in assuring funding for his former service.[6] He was succeed by General of the Army Vladimir Yakovlev, who commanded the SMT from June 1997 until April 27, 2001. Yakovlev was succeeded by Colonel General Nikolay Solovtsov (ru:Соловцов, Николай Евгеньевич), appointed the same day. In early 2009 Solovtsov said that 96% of all Russian ICBMs are ready to be launched within a minute's notice.[20] Solovtsov was dismissed in turn in July–August 2009. Speculation over why Solovtsov was dismissed includes opposition to further cuts in deployed nuclear ballistic missile warheads below the April 2009 figure of 1,500, the fact that he had reached the retirement age of 60, despite that he had recently been extended another year's service, or the failure of the Navy's Bulava missile).[21] After only a year, Lieutenant General Andrey Shvaichenko, appointed on August 3, 2009 by President Dmitry Medvedev, was replaced himself. The current commander of the Strategic Rocket Forces, Colonel General Sergei Karakayev, was appointed to the post by a presidential decree of June 22, 2010.[22][23]

RVSN headquarters has a special sledgehammer that can be used to gain access to the launch codes if the commander feels the need to use these, but doesn't have normal access to the safe.[24]

According to Jane's Defence Weekly, the RVSN main command post is at Kuntsevo in the suburbs of Moscow, with the alternate command post at Kosvinsky Mountain in the Urals.[25]

Female cadets have now started to join the Peter the Great Strategic Rocket Forces Academy.[26] RVSN institutes also exist at Serpukhov and Rostov-on-Don. An ICBM test impact range is located in the Far East, the Kura Test Range, although this has been part of the Aerospace Defence Forces since 2010.[citation needed]

The Strategic Rocket Forces operate four distinct missile systems. The oldest system is the silo-based R-36M2 / SS-18 Satan which carries ten warheads, the last missile will be in service until 2020. The second system is the silo-based UR-100NUTTH / SS-19 Stiletto, the last missiles in service with six warheads each will be removed by 2017. The most numerous missile in service is the single warhead mobile RT-2PM Topol / SS-25 Sickle which have 72 missiles in service, all of them are planned to be decommissioned by 2019.[27][28] A new missile entering service is the RT-2UTTH Topol-M / SS-27 Sickle B with single warhead, from which 60 are silo-based and 19 are mobile. Some new missiles will be added in future. First upgraded Topol-M called RS-24 Yars, carrying three warheads, was commissioned in 2010 and in July 2011 the first mobile regiment with 9 missiles was completed.[29] In 2013-2015, over 50 ICBMs were placed in active duty.[30]

The composition of missiles and warheads of the Strategic Rocket Forces previously had to be revealed as part of the START I treaty data exchange. The current (January 2016) order of battle of the forces is as follows:[31]

Numbers of missiles and warheads 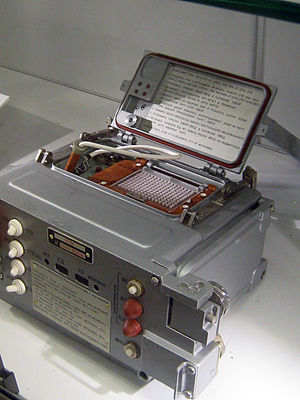 The Strategic Rocket Forces have:[31]

This gives Russia a total fleet of 299 land-based ICBMs with around 902 nuclear warheads, much more than the US fleet of 450 Minuteman-III ICBMs with 470 warheads. Meanwhile, the US possess 1152 nuclear warheads deployed on SLBMs while Russia only deploys approximately 512 weapons on SLBMs.