From Infogalactic: the planetary knowledge core
Jump to: navigation, search
For other uses, see Straw (disambiguation).
Not to be confused with hay or drinking straw. 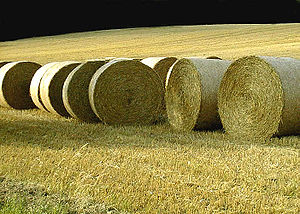 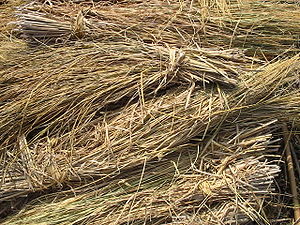 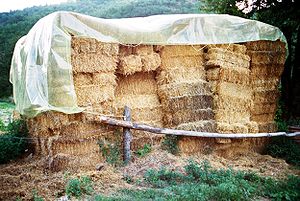 Pile of "small square" straw bales, sheltered under a tarpaulin 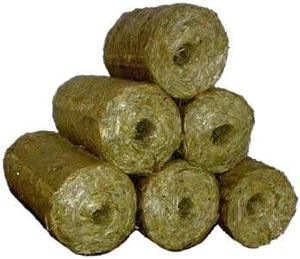 Straw or hay briquettes are a biofuel substitute to coal

Straw is an agricultural by-product, the dry stalks of cereal plants, after the grain and chaff have been removed. Straw makes up about half of the yield of cereal crops such as barley, oats, rice, rye and wheat. It has many uses, including fuel, livestock bedding and fodder, thatching and basket-making. It is usually gathered and stored in a straw bale, which is a bundle of straw tightly bound with twine or wire. Bales may be square, rectangular, or round, depending on the type of baler used.

Current and historic uses of straw include: 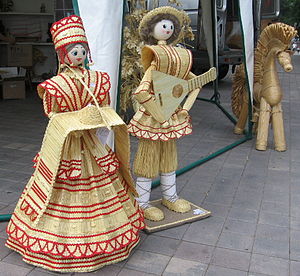 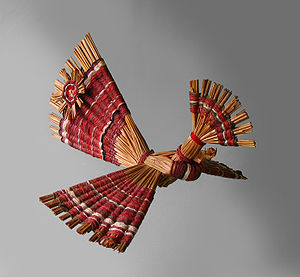 In addition to its current and historic uses, straw is being investigated as a source of fine chemicals including alkaloids, flavonoids, lignins, phenols, and steroids.[9]