From Infogalactic: the planetary knowledge core
Jump to: navigation, search
For other uses, see Stream of consciousness (disambiguation).
This article is about the literary device. For the prewriting technique, see Free writing.

In literary criticism, stream of consciousness, also known as interior monologue, is a narrative mode or device that depicts the multitudinous thoughts and feelings which pass through the mind.[1] The term was coined by William James in 1890 in his The Principles of Psychology, and in 1918 May Sinclair first applied the term stream of consciousness, in a literary context, when discussing Dorothy Richardson's novels.

The term "Stream of Consciousness" was coined by philosopher and psychologist William James in The Principles of Psychology (1890):

consciousness, then, does not appear to itself as chopped up in bits ... it is nothing joined; it flows. A 'river' or a 'stream' are the metaphors by which it is most naturally described. In talking of it hereafter, let's call it the stream of thought, consciousness, or subjective life.[3] 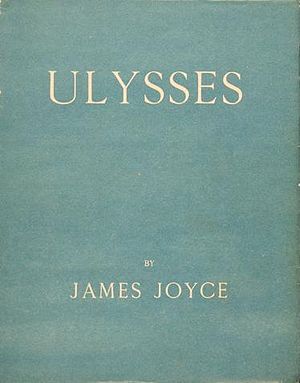 In the following example of stream of consciousness from James Joyce's Ulysses, Molly seeks sleep:

While many sources use the terms stream of consciousness and interior monologue as synonyms, the Oxford Dictionary of Literary Terms suggests, that "they can also be distinguished psychologically and literarily. In a psychological sense, stream of consciousness is the subject‐matter, while interior monologue is the technique for presenting it". And for literature, "while an interior monologue always presents a character's thoughts ‘directly’, without the apparent intervention of a summarizing and selecting narrator, it does not necessarily mingle them with impressions and perceptions, nor does it necessarily violate the norms of grammar, or logic- but the stream‐of‐consciousness technique also does one or both of these things."[5] Similarly the Encyclopædia Britannica Online, while agreeing that these terms are "often used interchangeably," suggests, that "while an interior monologue may mirror all the half thoughts, impressions, and associations that impinge upon the character’s consciousness, it may also be restricted to an organized presentation of that character’s rational thoughts".[6]

While the use of the narrative technique of stream of consciousness is usually associated with modernist novelists in the first part of the twentieth-century, a number of precursors have been suggested, including Laurence Sterne's psychological novel Tristram Shandy (1757).[7] In the nineteenth-century it has been suggested that Edgar Allan Poe's short story "The Tell-Tale Heart" (1843) foreshadows this literary technique.[8] The short story "An Occurrence at Owl Creek Bridge" (1890) by another American author, Ambrose Bierce, also abandons strict linear time to record the internal consciousness of the protagonist.[9] Because of his renunciation of chronology in favor of free association, Édouard Dujardin's Les Lauriers sont coupés (1887) is also an important precursor. Indeed, the possibility of a direct influence is evoqued by James Joyce and Virginia Woolf and having "picked up a copy of Dujardin's novel [ ... ] in Paris in 1903".[10] There are also those who point to Anton Chekhov's short stories and plays (1881-1904)[11] and Knut Hamsun's Hunger (1890), and Mysteries (1892) as offering glimpses of the use of stream of consciousness as a narrative technique at the end of the nineteenth-century.[12] Henry James has also been suggested as a significant precursor, in a work as early as Portrait of a Lady (1881).[13]

However, it has been suggested that Arthur Schnitzler (1862-1931), in his short story '"Leutnant Gustl" ("None but the Brave", 1900), was in fact the first to make full use of the stream of consciousness technique.[14]

But it is only in the twentieth-century that this technique is fully developed by modernists. Marcel Proust is often presented as an early example of a writer using the stream of consciousness technique in his novel sequence À la recherche du temps perdu (1913–1927) (In Search of Lost Time), but Robert Humphrey comments, that Proust "is concerned only with the reminiscent aspect of consciousness" and, that he "was deliberately recapturing the past for the purpose of communicating; hence he did not write a stream-of consciousness novel".[15] The term was first applied in a literary context in The Egoist, April 1918, by May Sinclair, in relation to the early volumes of Dorothy Richardson's novel sequence Pilgrimage.

Another early example is the use of interior monologue by T. S. Eliot in his poem "The Love Song of J. Alfred Prufrock" (1915), a work probably influenced by the narrative poetry of Robert Browning, including "Soliloquy of the Spanish Cloister".[16]

Possibly the most famous use of the technique came in 1922 with the publication of James Joyce's Ulysses. Prominent uses in the years that followed include Italo Svevo in La coscienza di Zeno (1923),[17] Virginia Woolf in Mrs Dalloway (1925) and To the Lighthouse (1927) and William Faulkner in The Sound and the Fury (1929).[18] Though Randell Stevenson suggests, that "interior monologue, rather than stream of consciousness, is the appropriate term for the style in which [subjective experience] is recorded, both in The Waves and in Woolf's writing generally.[19]

The technique continued to be used into the 1970s in a novel such as Robert Anton Wilson/Robert Shea collaborative Illuminatus! (1975), with regard to which The Fortean Times warns readers, to "[b]e prepared for streams of consciousness in which not only identity but time and space no longer confine the narrative".[21]

With regard to Salman Rushdie one critic comments, that "[a]ll Rushdie's novels follow an Indian/Islamic storytelling style, a stream-of-consciousness narrative told by a loquacious young Indian man".[22]

Other writers who use this narrative device include Sylvia Plath in The Bell Jar (1963),[23] Irvine Welsh in Trainspotting (1993),[24] and Terry McMillan in her novel How Stella Got Her Groove Back.[25]

Stream of consciousness continues to appear in contemporary literature. Dave Eggers, author of A Heartbreaking Work of Staggering Genius (2000), according to one reviewer, "talks much as he writes - a forceful stream of consciousness, thoughts sprouting in all directions".[26] Novelist John Banville describes Roberto Bolaño's novel Amulet, as written in "a fevered stream of consciousness".[27] The first decade brought further exploration, including Jonathan Safran Foer's Everything is Illuminated (2002) and many of the short stories of American author Brendan Connell.[28][29]