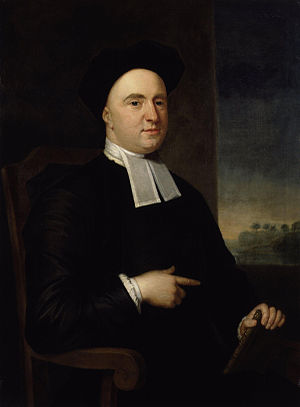 George Berkeley is credited with the development of subjective idealism.

Subjective idealism is a fusion of phenomenalism or empiricism, which confers special status upon the immediately perceived, with idealism, which confers special status upon the mental. Idealism denies the knowability or existence of the non-mental, while phenomenalism serves to restrict the mental to the empirical. Subjective idealism thus identifies its mental reality with the world of ordinary experience, rather than appealing to the unitary world-spirit of pantheism or absolute idealism. Some may say that subjective idealism does not really deny objective reality but really it does. Word "objective" is for the mind-independent reality so there can be no mind-dependent objective reality, thus it does reject it. Moreover, as a phenomenalist doctrine it can say reality is a complex of feels (Berkeley, Hume) and as a constructivist doctrine it may say that reality is a construct of one's mind(yours) (Kant).

Radical, but logically finished and consequent form of subjective idealism is solipsism.

The earliest thinkers identifiable as subjective idealists were certain members of the Yogācāra school of Indian Buddhism, who reduced the world of experience to a stream of subjective perceptions. Subjective idealism made its mark in Europe in the 18th-century writings of George Berkeley, who argued that the idea of mind-independent reality is incoherent, concluding that the world consists of the minds of humans and of God. Subsequent writers have continuously grappled with Berkeley's skeptical arguments. Immanuel Kant responded by rejecting Berkeley's immaterialism and replacing it with transcendental idealism, which views the mind-independent world as existent but incognizable in itself. Since Kant, true immaterialism has remained a rarity, but is survived by partly overlapping movements such as phenomenalism, subjectivism, and perspectivism.

P.S. Immaterialism, panpsychism and teachings of Berkeley and Fichte are not really can be said to be subjective idealistic. Rather platonical type idealism recognizing other minds.

Thinkers such as Plato, Plotinus and Augustine of Hippo anticipated idealism's antimaterialism with their views of the inferior or derivative reality of matter. However, these Platonists did not make Berkeley's turn toward subjectivity. Indeed, Plato rationalistically condemned sense-experience, whereas subjective idealism presupposed empiricism and the irreducible reality of sense data. A more subjectivist methodology could be found in the Pyrrhonists' emphasis on the world of appearance, but their skepticism precluded the drawing of any ontological conclusions from the epistemic primacy of phenomena.

The first mature articulations of idealism arise in Yogacarin thinkers such as the 7th-century epistemologist Dharmakīrti, who identified ultimate reality with sense-perception. The most famous proponent of subjective idealism in the Western world was the 18th-century Irish philosopher George Berkeley, although Berkeley's term for his theory was immaterialism. From the point of view of subjective idealism, the material world does not exist, and the phenomenal world is dependent on humans. Hence the fundamental idea of this philosophical system (as represented by Berkeley or Mach) is that things are complexes of ideas or sensations, and only subjects and objects of perceptions exist. Berkeley summarized his theory with the motto "esse est percipi" ("To be is to be perceived"), but went on to elaborate it with God as the source of consensus reality and other particulars.

According to Berkeley, an object has real being as long as it is perceived by a mind. God, being omniscient perceives everything perceivable, thus all real beings exist in the mind of God. However, it is also evident that each of us has free will and understanding upon self-reflection, and our senses and ideas suggest that other people also possess these qualities as well. According to Berkeley there is no material universe, in fact he has absolutely no idea what that could possibly mean. To theorize about a universe that is composed of insensible matter is not a sensible thing to do. This matters because there is absolutely no positive account for a material universe, only speculation about things that are by fiat outside of our minds.

Berkeley's assessment of immaterialism was criticized by Samuel Johnson, as recorded by James Boswell. Responding to the theory, Dr. Johnson exclaimed "I refute it thus!" while kicking a rock with "mighty force". This episode is alluded to by Stephen Dedalus in James Joyce's Ulysses, chapter three. Reflecting on the "ineluctable modality of the visible", Dedalus conjures the image of Johnson's refutation and carries it forth in conjunction with Aristotle's expositions on the nature of the senses as described in Sense and Sensibilia. Aristotle held that while visual perception suffered a compromised authenticity because it passed through the diaphanous liquid of the inner eye before being observed, sound and the experience of hearing were not thus similarly diluted. Dedalus experiments with the concept in the development of his aesthetic ideal. The simplest and most common version of subjective idealism combines subjunctive phenomenalism, the view that statements about physical objects can be translated into subjunctive conditionals about perceptions, with belief in immaterial minds.

Subjective idealism is featured prominently in the Norwegian novel Sophie's World, in which "Sophie's world" exists in fact only in the pages of a book.[citation needed]