Before it was bought by the federal government in the 1930s, the area that comprises the Talladega was extensively logged and represented some of the most abused, eroded wastelands in all of Alabama. Pine forest regrowth now hosts a diverse eco-system.

The forest is headquartered in Montgomery, as are all four of Alabama's National Forests. The other National Forests in the state are Conecuh, Tuskegee, and William B. Bankhead. The Talladega National Forest is physically separated into two areas, and divided into three Ranger Districts: 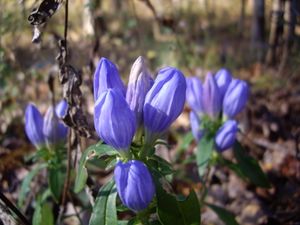