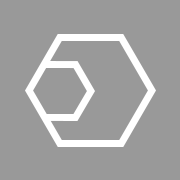 The merge of the tool and the nut represent the symbol of technicism, that refers to the construction of technology.

Technicism is a philosophical, socio-economic and political system that refers to a predominant reliance on technology and technical knowledge as primary benefactors to society as a whole. This is associated directly with the scientific method and applied science, broadly both are essential tools for the development of current technology and vice versa.

History of the term

Although it is considered a neologism since their firsts appearances rely in the 21st century, we may also can find implicit past references to it in different works, both scientific, political or artistic (especially in books and films of science fiction).

Some argue that the technicism is the belief that humanity will control exponential or totally it existence through technological tools, in other words we will be able to master all or most of the problems through technological advances, including the possible creation of an economy of abundance, appealing to Transhumanism or even to control time with very advanced technologies in the distant future.

Technicism have an urge to get away or deviate -whitout deny- from superstition, religion, or other doctrines without empirical relevance, with no quantitative methods or that are useless for technological development. Where it followers or people called "technicists" usually choose to follow or develop in fields related science, engineering or other technical/scientific areas.

It stands in contrast or opposition to current ideologies like Neo-Luddism, anarcho-primitivism or other streams that reject or oppose technological development.

Technicism promotes the proposition of a form of government called Technocracy (associated Meritocracy), where power is entrusted to technical delegated institutions, defined as a technobureaucratic not oligarchic administration, which is responsible for managing key elements of a society by empirical/rational methodologies like the scientific method.

Although technicist economic and social theory is still in its early stage, it is cataloged in the interdisciplinary field of ecological economics. As socioeconomic system it promotes a collectivist and egalitarian approach, where the only class division relies in technical/administrative hierarchies, which aims to reach, orient, or point to a post-scarcity economy, absent from private property, rejecting the price system and openly promoting a direct allocation/planned resource management by objective/scientific knowledge, creating a society of free access, focused on the automation of the means of production and steady state economy.

On the other side it also promotes a strong emphasis on environmental sustainability and care of the biomass, rejecting the use of pollutant types of energy and promoting renewable power sources such as wind, geothermal, solar, hydraulic, and even when it is feasible nuclear fusion energy.

As an early reference example we could point to the technocratic movement that born in the United States during the 19th century, which promoted an economic system called Thermoeconomics, which appeals to the laws of thermodynamics for the economic calculation, distribution, energy efficiency and sustainability.

The geocultural approach, which appears in France in 2013, points out that fragmented technical analyses are unable to understand the world in its globality. Civilisations, which are living organisms cannot be apprehended only by the multiplication of technicist approaches. Thomas Flichy de La Neuville and Oliver Hanne propose to reintroduce political and cultural criteria alongside technical analyses so as to recover an intelligence of the world.