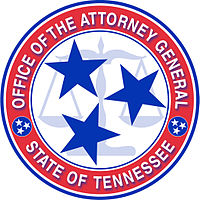 Seal of the Attorney General of Tennessee