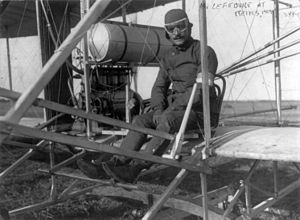 Eugène Lefebvre, test pilot and world's first pilot to be killed in an accident while flying a powered aircraft in 1909 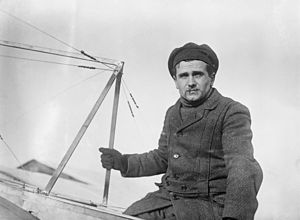 Léon Lemartin, The world's first test pilot,[1] under contract to Louis Blériot in 1910.

A test pilot is an aviator who flies new and modified aircraft in specific maneuvers, known as flight test techniques[2] or FTTs, allowing the results to be measured and the design to be evaluated.

Test pilots may work for military organizations or private, (mostly aerospace) companies. Testing military aircraft, in particular, is regarded as the most challenging and risky flying conducted in peacetime.

In the 1950s, test pilots were being killed at the rate of about one a week, but the risks have shrunk to a fraction of that, thanks to the maturation of aircraft technology, better ground-testing and simulation of aircraft performance, fly by wire technology and lately, the use of unmanned aerial vehicles to test experimental aircraft features. Still, piloting experimental aircraft remains more dangerous than most other types of flying.

A test pilot must be able to:

Test pilots must have an excellent knowledge of aeronautical engineering, in order to understand how and why planes are tested. They must be above-average pilots with excellent analytical skills and the ability to fly accurately whilst following a flight plan.

Test flying as a systematic activity started during the First World War, at the Royal Aircraft Establishment (RAE) in the United Kingdom. An "Experimental Flight" was formed at the Central Flying School. During the 1920s, test flying was further developed by the RAE in the UK, and by the National Advisory Committee for Aeronautics (NACA) in the United States. In the 1950s, NACA was transformed into the National Aeronautics and Space Administration, or NASA. During these years, as work was done into aircraft stability and handling qualities, test flying evolved towards a more qualitative scientific profession. 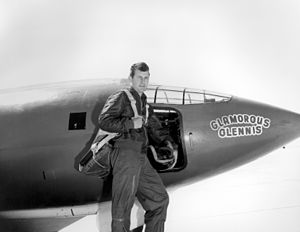 Brigadier General Charles E. "Chuck" Yeager, pictured with his history-making X-1, was the first pilot known to have broken the sound barrier.

Some notable test pilots include: 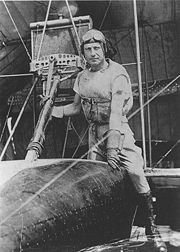 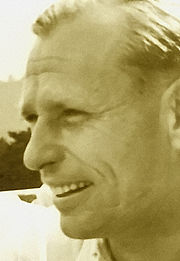 Awards made to notable test pilots include the international Iven C. Kincheloe Award made by the Society of Experimental Test Pilots.