From Infogalactic: the planetary knowledge core
Jump to: navigation, search
For the use of the term "testimonial" in sport (especially football), see testimonial match.

File:The Impact Of Wikipedia.webm
An advertisement for the Wikimedia Foundation incorporating a series of editor testimonials

In promotion and of advertising, a testimonial or show consists of a person's written or spoken statement extolling the virtue of a product. The term "testimonial" most commonly applies to the sales-pitches attributed to ordinary citizens, whereas the word "endorsement" usually applies to pitches by celebrities. Testimonials can be part of communal marketing. 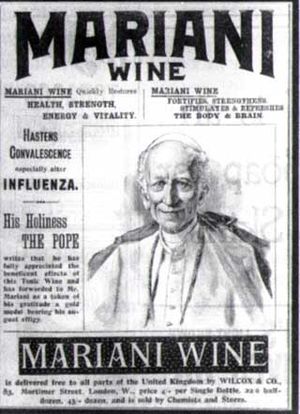 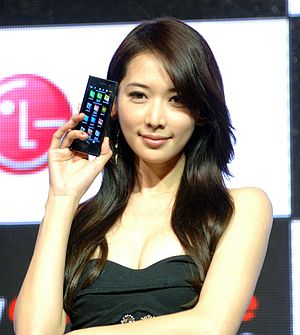 Advertisers have attempted to quantify and qualify the use of celebrities in their marketing campaigns by evaluating the awareness generated, appeal, and relevance to a brand's image and the celebrity's influence on consumer buying behavior.

Social media such as Twitter have become[when?] increasingly[quantify] popular mediums for celebrities to endorse brands and to attempt to influence purchasing behavior. According to Bloomberg News, social-media-ad spending was expected[by whom?] to reach a total of $4.8 billion at the end of 2012 and $9.8 billion by 2016.[1] Advertising and marketing companies sponsor celebrities to tweet and influence thousands (sometimes millions) of their followers to buy brand products. For example, Ryan Seacrest (an American broadcaster) gets paid to promote Ford products.[2] Companies that pay celebs to tweet for them subscribe to the Malcolm Gladwell theory of influence[clarification needed].[citation needed]

Celebrity endorsements have proven very successful in China, where increasing consumerism makes the purchase of an endorsed product into a status symbol. On August 1, 2007, laws were passed banning healthcare professionals and public figures such as movie stars or pop singers from appearing in advertisements for drugs or nutritional supplements. A spokesperson stated, "A celebrity appearing in drug advertising is more likely to mislead consumers, therefore, the state must consider controlling medical advertisements and strengthen the management of national celebrities appearing in medical advertisements."[citation needed]

Testimonials from customers who are not famous have been effectively used in marketing for as long as marketing has existed.[citation needed] A past or current customer will present a formal "word of mouth" testimonial that a business can use in marketing and to build trust with future customers. Testimonials are incredibly effective when believed to be true, but a challenge is having the audience believe that testimonials presented by a business are given by real people, not fabricated by the business itself. Even so, testimonials, reviews, and case studies are still considered by most marketing experts to be the most effective means of marketing and gaining brand trust by small- and medium-sized businesses.

Testimonials have reached an all-time high in importance as the internet is now a plethora of reviews (synonymous with testimonials). Websites such as Yelp!, Google+, TripAdvisor, and many more have become 'go to' places for individuals who are seeking other customers reviews/testimonials about a particular business. To put the growth of this industry into perspective, for example, Yelp.com's growth alone can be noted: Yelp.com has more than 71 million monthly unique visitors as of January 2012.

Instagram especially has increasingly been useful in distributing testimonials on products and places. It is done by making use of the tagging feature that directly links to the original brand or the particular location that the picture was taken. Moreover, the description of the pictures are also used to write either the review or sentences that compliments the product or place. Users that are blessed with an immense amount of followers are commonly targeted for endorsement deal requests that aims to create these testimonial posts, where in return, the user receives commission for 'advertising' the place or product. However, it can only be called an endorsement deal when the company or label contacts the user directly to create such testimonial post, and the user receives commission. This is becoming a trend in Indonesia, especially amongst users with an at least one thousand followers, where some are now known for posting pictures with advertising purposes.

The downside to such explosive importance in this arena is the massive amount of fraud in the form of fake reviews or opinion spam, testimonials that are not authentic. Often, a business owner will open multiple email addresses and then corresponding Yelp! accounts and write a multitude of testimonials seemingly by many customers of said business.

Similarly, the same owner may also write negative reviews of competitors. Additionally, the authentic testimonials blog admits, "Just do a search on the recent phenom website fiverr.com using the search term 'testimonial' or 'review' and there are almost 5,000 results of people offering to 'write great testimonial for your product or service'. From a NY Times article about the same topic, "On another forum, Digital Point, a poster wrote, 'I will pay for positive feedback on TripAdvisor.' A Craigslist post proposed this: 'If you have an active Yelp account and would like to make very easy money please respond.' There are tens-of-thousands of ads out there all over the internet of people requesting you to write bogus reviews for their business and people offering to do the same."

There have also been allegations that review sites themselves are prepared to manipulate reviews in return for companies buying advertising subscriptions,[3][4] with a class action being filed against Yelp to this effect in February 2010.[5]

While a few universities and corporations are working on a method to defeat these fake reviews, none seems to have yet been reliably successful. Testimonial Shield, a private company that began third party testimonial and review verification in the mid-2000s was awarded an independent business award for "the 2013 San Diego Award in the Data Verification Service category" for their ability to automatically discern with a claimed 90+% accuracy the difference between a legitimate review and an fake review, which displays great progress towards the prevention of fake reviews and testimonials on the internet.[6]

Research by Martin, Wentzel and Tomczak (2008) found that the effectiveness of testimonials depends on the degree to which consumers are influenced by normative pressure and the quality of the product features highlighted. Results showed that people influenced by peer pressure (high-SNI consumers) place a greater emphasis on the testimonial than on the attribute information. In contrast, people who ignore the opinions of others (low-SNI consumers) are more inﬂuenced by attribute information.[7]

The Federal Trade Commission (FTC) found that in US businesses, an alarming number of testimonials were in fact fictitious and misleading. In December 2009, they introduced a new set of rules governing testimonials.[8] In essence, it is now illegal to use testimonials that "...mislead consumers and affect consumers' behavior or decisions about the product or service." However, despite new regulations, online consumers often view testimonials with a high degree of skepticism. Companies from the private sector have begun to offer testimonial verification services to help consumers verify the authenticity of displayed testimonials.