From Infogalactic: the planetary knowledge core
Jump to: navigation, search
For other treaties signed in Adrianople (Edirne), see Treaty of Edirne (disambiguation). 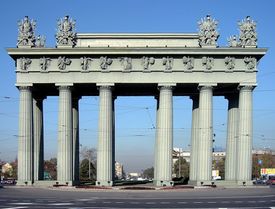 Territorial changes since the Treaty of Adrianople.[1]

The Treaty of Adrianople (also called the Treaty of Edirne) concluded the Russo-Turkish War of 1828–29, between Russia and the Ottoman Empire. It was signed on 14 September 1829 in Adrianople by Count Alexey Fyodorovich Orlov of Russia and by tr (Abdülkadir Bey) of the Ottoman Empire.[2] The Ottoman Empire gave Russia access to the mouths of the Danube and the fortresses of Akhaltsikhe and Akhalkalaki in Georgia. The Sultan recognized Russia's possession of Georgia (with Imeretia, Mingrelia, Guria) and of the Khanates of Erivan and Nakhichevan which had been ceded to the tsar by Persia in the Treaty of Turkmenchay a year earlier. The treaty opened the Dardanelles to all commercial vessels, thus liberating commerce for cereals, live stocks and wood. However, it took the Treaty of Hünkâr İskelesi (1833) to finally settle the Straits Question between the signatories.

Under the Treaty of Adrianople, the Sultan reguaranteed the previously promised autonomy to Serbia, promised autonomy for Greece, and allowed Russia to occupy Moldavia and Wallachia until the Ottoman Empire had paid a large indemnity. However, under the modifications the later Treaty of Hünkâr İskelesi, these indemniİties were sharply curtailed.[3] The treaty also fixed the border between the Ottoman Empire and Wallachia on the thalweg of the Danube, transferring to Wallachia the rule of the rayas of Turnu, Giurgiu and Brăila.[4][5]