The triarchic theory of intelligence was formulated by Robert J. Sternberg, a prominent figure in the research of human intelligence. The theory by itself was groundbreaking in that it was among the first to go against the psychometric approach to intelligence and take a more cognitive approach.

Sternberg’s definition of human intelligence is “(a) mental activity directed toward purposive adaptation to, selection and shaping of, real-world environments relevant to one’s life” (Sternberg, 1985, p. 45), which means that intelligence is how well an individual deals with environmental changes throughout their lifespan. Sternberg’s theory comprises three parts: componential, experiential, and practical. 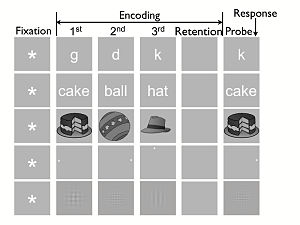 Sternberg associated the workings of the mind with a series of components. These components he labeled the metacomponents, performance components, and knowledge-acquisition components (Sternberg, 1985).

The metacomponents are executive processes used in problem solving and decision making that involve the majority of managing our mind. They tell the mind how to act. Metacomponents are also sometimes referred to as a homunculus. A homunculus is a fictitious or metaphorical "person" inside our head that controls our actions, and which is often seen to invite an infinite regress of homunculi controlling each other (Sternberg, 1985).

Whereas Sternberg explains that the basic information processing components underlying the three parts of his triarchic theory are the same, different contexts and different tasks require different kinds of intelligence (Sternberg, 2001).

Sternberg’s 2nd stage of his theory is his experiential subtheory. This stage deals mainly with how well a task is performed with regard to how familiar it is. Sternberg splits the role of experience into two parts: novelty and automation.

A novel situation is one that you have never experienced before. People that are adept at managing a novel situation can take the task and find new ways of solving it that the majority of people would not notice (Sternberg, 1997).

A process that has been automated has been performed multiple times and can now be done with little or no extra thought. Once a process is automatized, it can be run in parallel with the same or other processes. The problem with novelty and automation is that being skilled in one component does not ensure that you are skilled in the other (Sternberg, 1997).

Sternberg’s third subtheory of intelligence, called practical or contextual, “deals with the mental activity involved in attaining fit to context” (Sternberg, 1985, p. 45). Through the three processes of adaptation, shaping, and selection, individuals create an ideal fit between themselves and their environment. This type of intelligence is often referred to as "street smarts."

Adaptation occurs when one makes a change within oneself in order to better adjust to one’s surroundings (Sternberg, 1985). For example, when the weather changes and temperatures drop, people adapt by wearing extra layers of clothing to remain warm.

Shaping occurs when one changes their environment to better suit one’s needs (Sternberg, 1985). A teacher may invoke the new rule of raising hands to speak to ensure that the lesson is taught with least possible disruption.

The process of selection is undertaken when a completely new alternate environment is found to replace the previous, unsatisfying environment to meet the individual’s goals (Sternberg, 1985). For instance, immigrants leave their lives in their homeland countries where they endure economical and social hardships and go to other countries in search of a better and less strained life.

The effectiveness with which an individual fits to his or her environment and contends with daily situations reflects degree of intelligence. Sternberg’s third type of giftedness, called practical giftedness, involves the ability to apply synthetic and analytic skills to everyday situations. Practically gifted people are superb in their ability to succeed in any setting (Sternberg, 1997). An example of this type of giftedness is "Celia". Celia did not have outstanding analytical or synthetic abilities, but she “was highly successful in figuring out what she needed to do in order to succeed in an academic environment. She knew what kind of research was valued, how to get articles into journals, how to impress people at job interviews, and the like” (Sternberg, 1997, p. 44). Celia’s contextual intelligence allowed her to use these skills to her best advantage.

Practical Intelligence is also a topic covered by Malcolm Gladwell in his book Outliers: The Story of Success. [1]

Psychologist Linda Gottfredson (Gottfredson, 2003) criticises the unempirical nature of triarchic theory and argues that it is absurd to assert that traditional Intelligence tests are not measuring practical intelligence when they show a moderate correlation with income, especially at middle age when individuals have had a chance to reach their maximum career potential, an even higher correlation with occupational prestige, and that IQ tests even predict the ability to stay out of jail and stay alive (all of which qualifies as practical intelligence or "street smarts").[2][3]

Gottfredson claims that what Sternberg calls practical intelligence is not a broad aspect of cognition at all but simply a specific set of skills people learn to cope with a specific environment (task specific knowledge).

There is evidence to suggest that certain aspects of creativity (i.e. Divergent thinking) are separable from analytical intelligence, and are better accounted for by the cognitive process of executive functioning.[4] More specifically, task-switching and interference management are suggested to play an important role in divergent thinking. A more recent meta-Analysis found only small correlations between IQ and creativity (Kim, 2005).