From Infogalactic: the planetary knowledge core
Jump to: navigation, search
For other uses, see Troop (disambiguation). 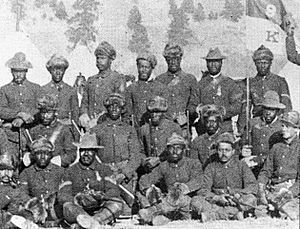 A troop is a military sub-subunit, originally a small formation of cavalry, subordinate to a squadron. In many armies a troop is the equivalent element to the infantry section or platoon. Exceptions are the Royal Horse Artillery and the US Cavalry, where troops are subunits that compare to an infantry company or artillery battery.

A cavalry soldier of private rank is called a trooper in many Commonwealth armies (abbreviated "Tpr", not to be confused with "trouper").

A related sense of the term "troops" refers to members of the military collectively, as in "the troops"; see Troop (disambiguation).

In some countries, like Italy, the company-level cavalry unit is called "Squadron".

Today, a troop is defined differently in different armed forces.

In the Australian Army a troop is the equivalent of a platoon sized element in units of certain corps, those being:[1] 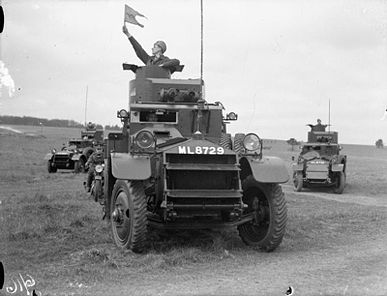 In the British Army the definition of a troop varies by corps.

Other army corps do not use the term.

In the Royal Marines, a troop is the equivalent to an army platoon; a carryover from the organisation of the British Commandos in World War II.

In the Canadian Army, a troop is the equivalent of a platoon within the armoured, artillery, engineer, and signals branches. Two to four troops comprise the main elements of a squadron.

In the United States Army, in the cavalry branch, a troop is the equivalent unit to the infantry company, commanded by a captain and consisting of three or four platoons, and subordinate to a squadron (battalion). Companies were renamed troops in 1883.[3]

In the United States, state police forces are often regionally divided into troops. This usage came about from these organizations modelling themselves on the US Army, and especially the older cavalry units. For this same reason the state police and highway patrol personnel of most states are known as "trooper" rather than "officer".

In Scouting, a troop is a unit made up of scouts or guides from the same locality under a leader. In the case of Guides, the term "company" is used more often, and was used by the founder in his first books about guiding.