Entry to any of the available programmes of study in the university is open to anyone with a secondary school degree; in most cases, students who have successfully completed high school must pass a first year called CBC, which stands for Ciclo Básico Común (Common Basic Cycle). Only upon completion of this first year may the student enter the chosen school; until then, they must attend courses in different buildings, and have up to 3 years to finish the 6 or 7 subjects (which vary depending on the programme of study chosen) assigned in two groups of 3 or 4. Each subject is of one semester duration (March–July or August–November). If someone passes all 6 subjects in their respective semester, the CBC will take only one year. Potential students of economics, instead, take a 2-year common cycle, the "CBG" (General Basic Cycle), comprising 12 subjects.

The UBA has no central campus. A centralized Ciudad Universitaria (literally, "university city") was started in the 1960s, but contains only two schools, with the others at different locations in Buenos Aires.

Access to the university is free of charge for everyone, including foreigners. However, the postgraduate programs charge tuition fees that can be covered with research scholarships for those students with outstanding academic performance.

The university has produced four Nobel Prize laureates, one of the most prolific institutions in the Spanish-speaking world. According to the QS World University Rankings (2015/16) the University of Buenos Aires ranked number 124th in the world and, according to Top Universities, it is the 46th best university in the world taking into account employer reputation.[4] 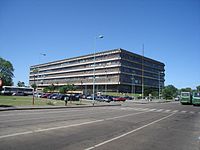 School of Exact and Natural Sciences 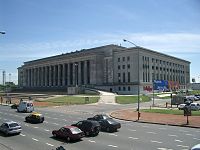 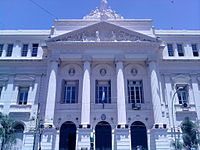 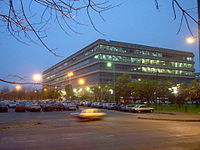 School of Architecture, Design and Urbanism 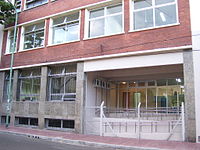 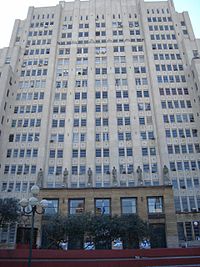 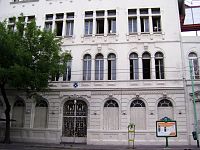 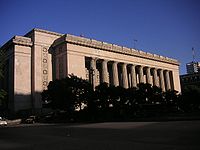 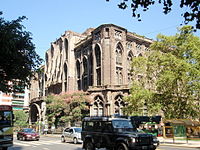 The schools that comprise the university are:

Of these, only the last two have their buildings located in Ciudad Universitaria, a campus-like location in Núñez, in northern Buenos Aires. The others are scattered around the city in buildings of various sizes, with some having more than one building. There are projects to move more schools to Ciudad Universitaria, the first one in order of importance is the School of Psychology, whose building is already designed to be placed on this Campus.

There are no existing Argentinian or Latin-American university ranking systems, but several international rankings have ranked the University of Buenos Aires (UBA). The reputed Academic Ranking of World Universities (ARWU), also known as the Shanghai Ranking ranked UBA not only above all other Argentinian universities but all other Latin-American ones. [5] The QS World University Rankings ranks UBA in the 124th place, above all other Latin-american universities in its worldwide ranking [6] but relegates it to the 15th place in its Latin-american ranking. [9]

The following former students and professors of the university have received the Nobel Prize:

The following Presidents of Argentina have earned their degrees at the university: