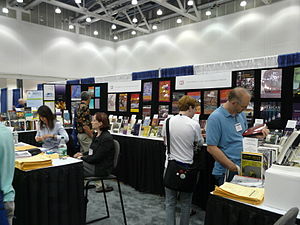 Each year it publishes approximately 180 new books and 54 journals in the humanities, social sciences, and natural sciences and keeps about 3,500 book titles in print.[citation needed]

The Press commissioned as its corporate typeface University of California Old Style from type designer Frederic Goudy from 1936-8, although it no longer always uses the design.[2][3][4][5]

The University of California Press re-printed a number of novels under the California Fiction series from 1996-2001. These titles were selected for their literary merit and for their illumination of California history and culture.[6][7]